Brad Marchand is one of the NHL’s elite, and to this day he still finds new ways to impress.

In Monday’s blowout of the Washington Capitals, it was his response to a brutal high stick.

On the back half of the first period in the Boston Bruins’ 7-3 win, Marchand took a hard stick to the face from Nic Dowd. Minutes later, Marchand would score the game-tying goal, the second tally in a run of six unanswered goals for the Bruins.

Marchand was bleeding profusely on the bench after the high-stick as he got patched up by team medical staff, and there was blood on his jersey the rest of the game.

He didn’t miss any time, though, and the end result of his night was two goals and an assist in 18:14 ice time.

Asked if the high-stick might have woken Marchand up and gotten him going, Capitals defenseman Trevor van Riemsdyk politely pushed back at the notion.

“I don’t know, he’s probably had a ton of games with two goals where he didn’t get hit in the face,” van Riemsdyk said after the game, via team-provided audio. “He brings it most nights and that’s why he’s such a good player. He plays hard, he’s tough and when you give him the opportunities he’ll take advantage.”

Especially in recent years, Marchand really has ramped up his case to be in annual Hart and Selke trophy consideration. That clearly is not lost on those around the league. 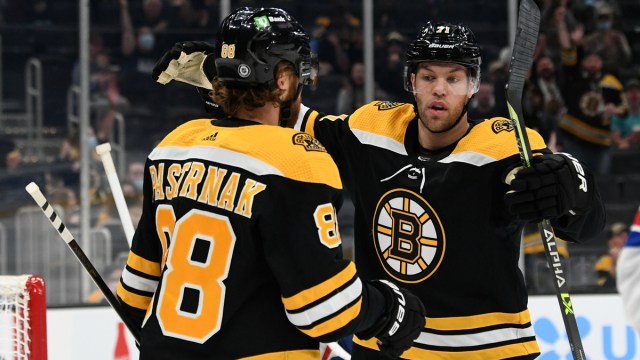 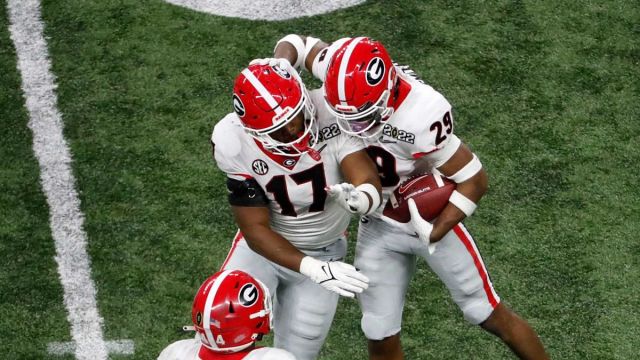