Christian Barmore’s injury might not have been as serious as it initially appeared.

Initial tests on the New England Patriots defensive tackle’s injured right knee were “promising, indicating no major injury,” according to a report from NFL Media’s Ian Rapoport after Sunday’s 33-24 loss to the Miami Dolphins.

“As we’ve seen, the MRI could tell a different story,” Rapoport tweeted, “but at first glance there is some good news.”

Barmore suffered the injury in a collision with teammate Joejuan Williams during the final minutes of Sunday’s game. Both were attempting to tackle Dolphins quarterback Tua Tagovailoa.

The rookie D-tackle was carted to the locker room, and early reports from Miami painted a dire picture, with ESPN’s Mike Reiss speculating the injury would sideline Barmore for the playoffs and impact his offseason. That still may be the case, but Rapoport’s report does provide some cautious optimism.

Losing Barmore would be a major blow to New England’s defense. The second-round draft pick is their best interior pass rusher, ranking second behind Pro Bowl edge rusher Matthew Judon in quarterback pressures entering Sunday (45), per Pro Football Focus. No other Patriots defender had more than 25.

Starting left tackle Isaiah Wynn also suffered an ankle injury that knocked him out of Sunday’s game and put his status for next week’s wild-card playoff game in question. Second-year pro Justin Herron replaced Wynn and played the rest of the way. 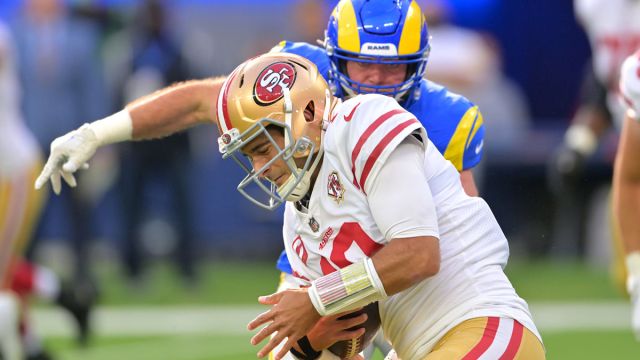 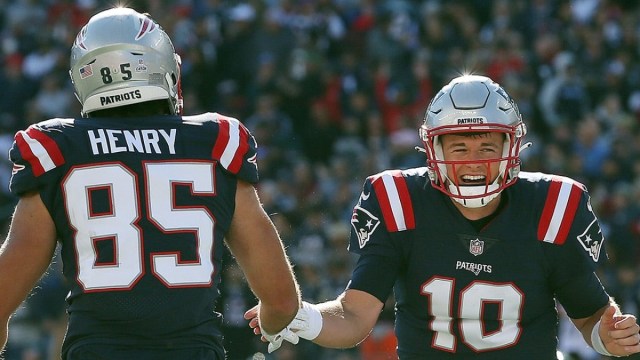