D’Angelo Ross signed with the New England Patriots as an undrafted free agent on May 2 — 2019.

Then, two weeks ago, the Patriots made the surprise decision to sit cornerbacks Joejuan Williams and Shaun Wade — who both have held 53-man roster spots all season — as healthy scratches and elevate Ross to play above them. The following week, they did the same.

Ross played just a handful of snaps in those games — a loss to the Buffalo Bills and a win over the Jacksonville Jaguars — but that he was active at all indicated he must be impressing the Patriots behind the scenes.

“D’Angelo is a really smart player,” Belichick said in a video conference. “On scout team, he plays basically every position in the secondary. He has a really good understanding of what to do and techniques to do it in. He’s gained a lot of confidence of the coaching staff and his teammates based on his work ethic, his consistency and dependability on a daily basis.

“A lot of times, we get into a situation, maybe, where a player can’t practice or only practices for part of the day and we need somebody to take some reps, but you don’t want to move everybody around. You go from corner to nickel. You go from safety to corner. You just put one guy in and everybody else stays the same. When that player returns, then everybody stays in the same spot. He does a good job of that and, as I said, (is) a really smart player, so game-plan adjustments, even though he might not be active for the game, he knows them, he can execute them, and really stepped in and did a great job.”

Belichick pointed to one sequence in the Buffalo game as evidence of Ross’ readiness.

With the Bills driving after a second-quarter interception, Pro Bowl cornerback J.C. Jackson suffered an apparent arm/wrist injury that briefly sidelined him. Ross replaced him and held his own, navigating traffic to pressure Josh Allen and force an incompletion on second-and-goal from the 1. Buffalo wound up turning the ball over on downs — its lone drive in the game that did not result in points or a kneeldown.

“He just came in and stepped up and really took advantage of his opportunity, which we expected, but it’s nice to see that,” Belichick said. “He’s, again, got a good background and competency in our system and has developed a lot of confidence with his teammates and his coaches. That’s why we trust him in there.”

Veteran safety Adrian Phillips echoed Belichick’s comments, saying he had full faith in Ross in that key situation. Ross played a total of five defensive snaps against Buffalo, then logged nine in the blowout win over Jacksonville, plus 13 more on special teams.

“He’s been a guy that’s done everything right since he’s been here,” Phillips said. “I wasn’t here his rookie year, but just hearing stories about what he did, he was a baller, ballhawk, able to get to the rock and just a guy that did whatever you asked him to do that rookie year. He ended up getting injured, and he’s been battling back from that. And now you can see he’s back comfortable. He’s back playing the way that he plays.

“When he comes in the game, you look to your left or to your right, whichever side he’s on, and you know he’s OK. You don’t have to worry about giving him a check because he already knows the check, he already knows how the situation is going to play out and he goes out there and gets the job done.”

Wide receiver Jakobi Meyers said watching Ross’ long-awaited debut “brought a lot of joy to (his) heart.” Meyers also was a member of the Patriots’ 2019 UDFA class, as were receiver/return man Gunner Olszewski and fullback Jakob Johnson. But Meyers saw substantial playing time as a rookie and has appeared in 45 NFL games. Ross had to wait much longer for his chance.

“They’re just silent workers,” Meyers said of Ross and fellow practice squadder Kristian Wilkerson, a 2020 UDFA who enjoyed a breakout performance last Sunday. “You don’t usually get too much of the limelight when you’re undrafted. It’s kind of hard. You feel like you’re playing all this time, your job is unsafe. You never really know what a day’s like coming in. I know what it’s like to be there, and just seeing how they grinded and worked and never complained to anybody, just showed up every day not knowing what’s in store, I’m really happy for them.”

Ross could play a larger role in this Sunday’s regular-season finale against the Miami Dolphins.

Top slot cornerback Myles Bryant is on the reserve/COVID-19 list and has not practiced this week. If Bryant is not cleared in time, Ross would be one candidate to replace him. The 25-year-old started in the slot in the Patriots’ final preseason game when Jonathan Jones was sidelined with an injury, with usual starters at the other 10 defensive positions. (Ross played safety in that game, too, and pulled down an end-zone interception.)

The Patriots also could shift starting cornerback Jalen Mills into the slot and use Williams, Wade or Ross as an outsider corner opposite Jackson. 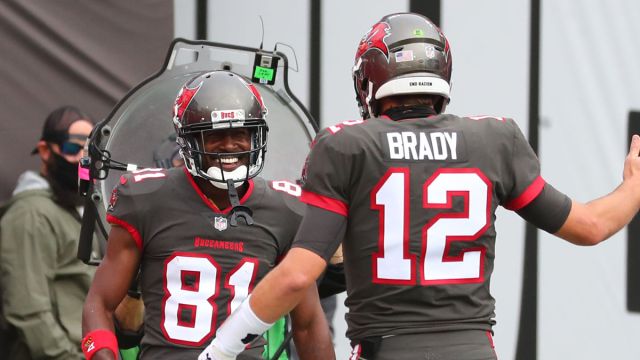 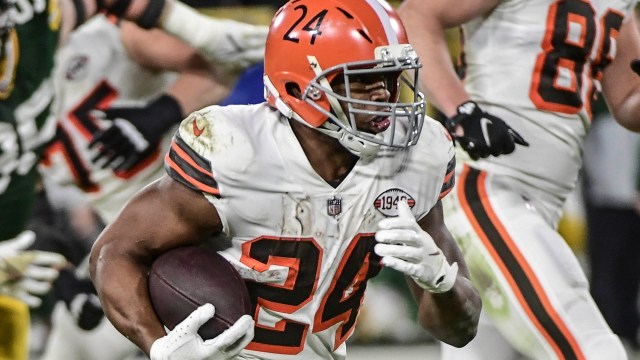