Mayer’s standing should come as little surprise, as Baseball America also ranked the 19-year-old shortstop the highest among all Red Sox farmhands. He landed at No. 15 overall on BA’s annual preseason list, ahead of Casas (19), Yorke (31) and Jarren Duran (91).

“There’s a lot to work with here on top of a very strong foundation of defensive and offensive skills, giving Mayer a solid floor as a soft regular and the upside of a No. 2 hitter who saves 5 to 10 runs a year with his glove,” Law wrote.

It’s interesting that Law ranked Yorke ahead of Casas, especially given the latter’s closer proximity to the majors after reaching Triple-A Worcester last season. And it’s also notable that Bello made his way into Law’s rankings, as the Red Sox have been light on high-end pitching prospects in recent years.

Yorke, who will turn 20 in April, split 2021 between Single-A Salem and High-A Greenville. He was a polarizing selection with the 17th pick in the 2020 MLB Draft, but the young second baseman so far has more than justified the Red Sox’s bullish evaluation.

“It’s an extremely impressive bat across the board,” Law wrote, “from the swing to the understanding of the zone to the ability to drive the ball to the gaps, and with no reason to think he won’t stay at second base, he projects as at least an above-average regular there, with batting average champion upside.”

Casas, who turned 22 earlier this month, mashed for Double-A Portland and for Team USA at the Olympics in 2021. The 2018 first-round pick (26th overall) very well could factor into Boston’s first base plans as soon as 2022.

Bello, a right-hander who turns 23 in May, saw his stock soar in 2021. Equipped with a Pedro Martinez-esque changeup, he was named the Red Sox’s Minor League Starting Pitcher of the Year after going 7-3 with a 3.87 ERA, a 1.28 WHIP and 12.5 strikeouts per nine innings in 21 starts (95 1/3 innings) between Greenville and Portland.

“There’s definite reliever risk, but if he moves to the bullpen he’ll probably be 97-100 with a slider up to 90-92, and he has mid-rotation starter upside if he can improve both his fastball command and the quality of his secondaries,” Law wrote.

All in all, the Red Sox’s farm system has been on the rise, really since Chaim Bloom took over as Boston’s chief baseball officer. This should provide a strong foundation as the Red Sox look to build upon their impressive run to the American League Championship Series and establish themselves as legitimate, sustainable contenders in 2022 and beyond. 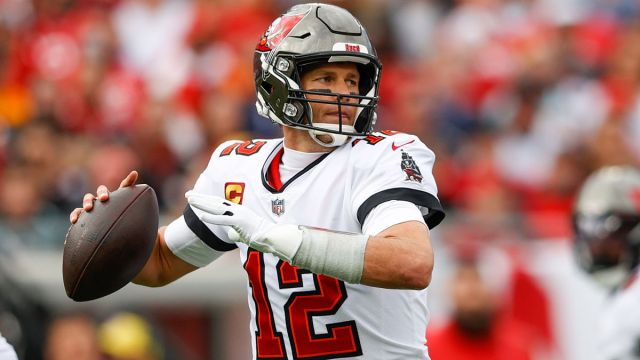 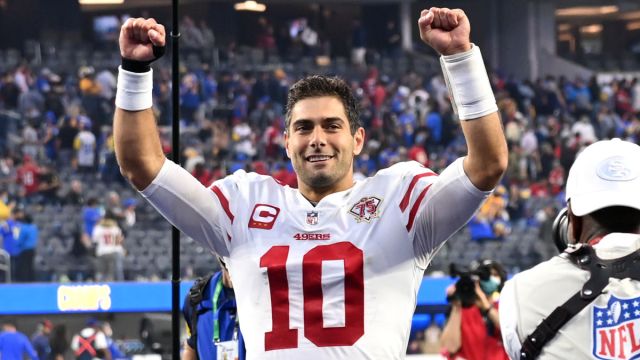 Could Jimmy Garoppolo Serve As Heir Apparent To Tom Brady After All?