The Patriots will face significant criticism for their performance Saturday night in Buffalo, and rightfully so. There are many question marks surrounding a team that imploded down the stretch.

However, Mac Jones should be left out of it. In fact, even in defeat, the rookie answered a pair of big questions in his playoff debut.

Jones largely struggled in the second half of the season, providing increasing evidence that he was hitting the proverbial “rookie wall.” Additionally, including being totally avoided in the Week 13 victory against the Bills, Jones was not impressive when playing in cold weather.

So, ahead of Saturday night’s frigid wild-card matchup in Buffalo, many questioned whether Jones a.) was ready for the NFL playoffs, and b.) was capable of playing well in the cold. The 23-year-old did as much as he possibly could to answer both on a night when the AFC East saw an official change of the guard.

Jones played well in the 47-17 defeat, completing 24 of 38 passes for 232 yards for two touchdowns and two interceptions. According to Pro Football Focus, it was Jones’ seventh-best performance of the season, just behind the Week 8 win over the Los Angeles Chargers and ahead of the Week 5 victory over the Houston Texans.

You could argue neither of Jones’ interceptions were his fault. The first saw Bills safety Micah Hyde make a ridiculous play to rob a touchdown on New England’s first drive. On the second, Hunter Henry was slow to get his head around and Jones, with the score lopsided, tried to squeeze the ball into a tight window. The ball was tipped and eventually intercepted — it happens. Jones also was victimized by drops, with Patriots pass-catchers submitting four on a brutally cold evening.

The rookie put his best foot forward from the beginning. After Buffalo marched down the field for a game-opening touchdown, Jones, with temperatures in the single digits and Bills Mafia letting him hear it, converted a pair of third downs, including one with his legs, on the Patriots’ first possession. Had it not been for Hyde’s unbelievable interception, Jones would’ve punctuated his first playoff drive with a 34-yard touchdown strike to Nelson Agholor.

From that point forward, the game got out of hand with New England’s defense allowing seven touchdowns and never forcing a punt. But Jones never hung his head, remaining engaged and competitive as the game turned into a total laugher. He made some of his best throws in the second half, with Jones and Kendrick Bourne connecting for touchdowns on two of the Patriots’ final three possessions. And they deserve credit for that, as Bills defenders never let up and played hard until the very end.

Does Jones still have much to prove? Absolutely, and no questions were answered for good Saturday. Did he deliver his finest performance? Of course not, but he played hard and well in a virtually impossible situation.

Most importantly, Jones was impressive in a (very) cold postseason game. Once the dust settles, that might be the most encouraging development yet in the post-Tom Brady era. 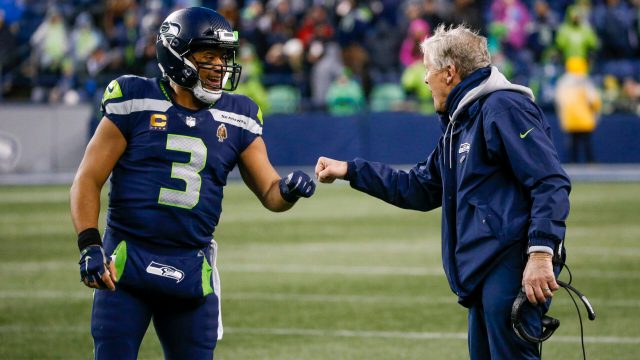 Russell Wilson is Exploring Options in the Offseason 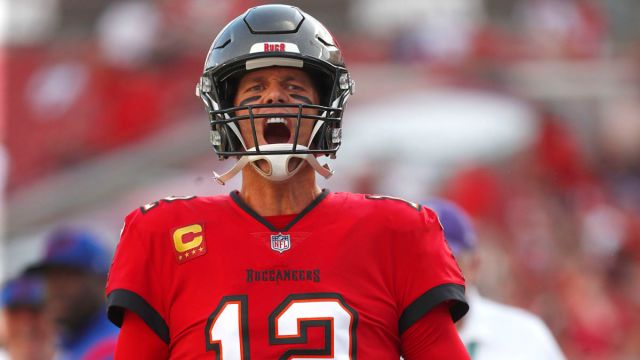