Tom Brady and the Tampa Bay Buccaneers will continue their pursuit of Super Bowl LVI after a dominant AFC wild-card win over the Philadelphia Eagles on Sunday, and receiver Mike Evans knows just how big of a role the quarterback has played.

Evans, who hauled in nine of the 10 passes thrown his way for 117 yards and a touchdown in the 31-15 victory, praised Brady for what he’s done for the franchise since his arrival in Tampa Bay. Obviously, leading the Bucs to the Super Bowl in his first season with the organization speaks volumes, but so does the mindset and accountability Brady has instilled, according to Evans.

“I don’t ever take it for granted. When he came to this team, I knew he was going to change the franchise. He’s done that and then some,” Evans said after the win, per the team. “He makes sure we’re all ready to play. He makes sure we know what we’re doing. And he makes sure we’re giving it our all, and that’s all you can ask for as a leader.”

Brady, 44, threw for 271 yards on 29-for-37 passing with two touchdowns against the Eagles. It was the 35th postseason win by Brady, who, you may have heard, spent the first two decades of his career with the New England Patriots. Joe Montana is the next closest quarterback with 16 postseason wins during his career.

Brady and the Buccaneers advance to the divisional round where they will host a second straight game at Raymond James Stadium. 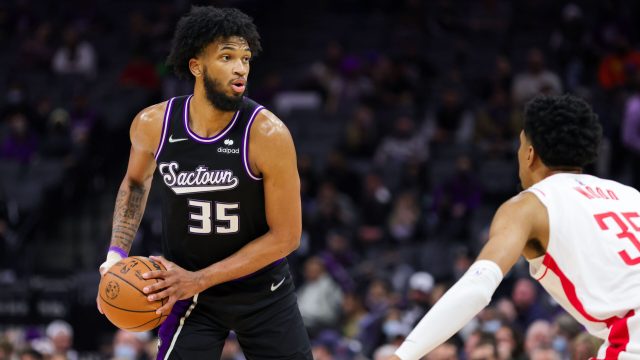 Kings' Marvin Bagley III OUT For Sunday Vs. Rockets 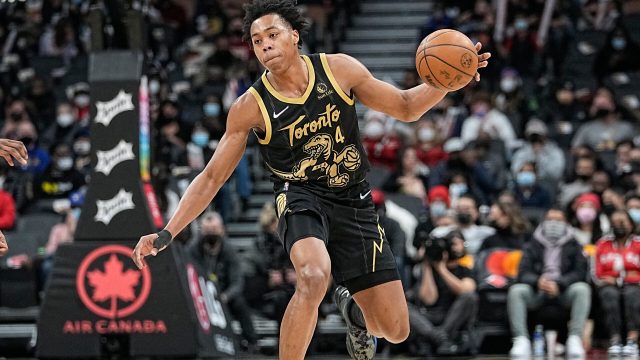 Scottie Barnes Expected to Play vs. Heat on Monday