The final week of the 2021 regular season is upon us, which means we’re just days away from “Black Monday” in the NFL, the day where many head coaches, assistants and front office executives lose their respective jobs.

With that being said, it’s obvious their seats are quite hot enter the regular-season finale. Well, we’ve decided to rank those coaches and execs — 14 in total — in four categories ranging from cool to warm to hot to scorching hot.

Anyway, let’s get right to it:

Cool Seat
Kyle Shanahan, San Francisco 49ers head coach
There was a time this season where some were calling for Shanahan’s job after the 49ers started 3-5, but San Francisco now has a chance to make the postseason while competing in a talented NFC West. Shanahan, who recorded his second season above .500 (38-42 overall), may not be going anywhere this offseason, but patience seems to be wearing down.

Zac Taylor, Cincinnati Bengals head coach
Taylor entered the season with among the best odds to be the first head coach fired. The Bengals, though, won the AFC North behind an up-and-coming offense led by quarterback Joe Burrow, running back Joe Mixon and wideout Ja’Marr Chase. It’s tough to envision Taylor being sent packing after an 11-win season never mind that Cincy has as much optimism now than it has in a decade.

Dan Campbell, Detroit Lions head coach
Yes, we wanted to include Campbell here seeing as though the Lions finished among the bottom teams in the league, but still, we can’t imagine Campbell being fired after one year. The fact his players seem to like playing for him helps quite a bit, too.

Warm Seat
Pete Carroll, Seattle Seahawks head coach
The Russell Wilson-led Seahawks finished fourth in the NFC West (6-10 entering Week 18). It was the first time since 2011 that Carroll’s group did not finish first or second in the conference. So while Carroll’s had plenty of success dating back to his first season in Seattle in 2010, the organization could opt to go a different way with a fresh start. Perhaps it would allow them to keep Wilson, and reports have surfaced it could be one or the other moving forward.

Matt Rhule, Carolina Panthers head coach
Could the Panthers cut the cord after just two seasons of Rhule? The former college coach is 10-22 in his first two campaigns with the injuries of Christian McCaffrey (10 games in last two seasons) certainly not helping provide stability. Rhule very well could get another shot to right the ship (as The Athletic’s Jeff Howe reported he will) but with how poorly the offense performed, it certainly paints the offensive-minded head coach in a tough light.

David Culley, Houston Texans
Culley was in a no-win situation when he was hired to take over last year with so much controversy fueled by the Watson uncertainty. Culley helped the Texans to a few rather shocking wins, but still, it’s hard to imagine general manager Nick Caserio keeps the overmatched head coach for another season. The Texans enter Week 18 with a 4-12 record.

Hot Seat
Rich Bisaccia, Las Vegas Raiders interim head coach
Bisaccia filled in for the Raiders when Jon Gruden resigned following his early season controversy. We expect the Raiders to conduct a full coaching search with Bisaccia among candidates, but ultimately not maintaining the job.

Darrell Bevell, Jacksonville Jaguars interim head coach
Similar to Bisaccia, Bevell took over recently when the Jaguars fired first-year coach Urban Meyer. Jacksonville owner Shad Khan has already started to do his due diligence as he tries to bring in a stabilizing leader that has the benefits of two straight No. 1 overall selections.

Vic Fangio, Denver Broncos head coach (Update: Fangio was fired on Sunday morning)
Fangio’s future is up in the air, as reported by NFL Network on Sunday. Fangio is 19-29 in his first three seasons with the Broncos and has yet to record a winning season. Denver has enough talent to be a playoff team, and the Broncos could opt to bring in a head coach before figuring out their quarterback situation.

Joe Judge, New York Giants head coach
Judge’s future could very likely come down to whether Giants owner John Mara wants to clear house, or whether he’s going to let the next general manager (we’ll get to that) make the decision. Judge continues to make it seem like he can’t relate with the locker room while it’s clear he doesn’t have the support of the fan base. It’s been another horrid year for the Giants.

Mike Zimmer, Minnesota Vikings head coach (Update: Zimmer was fired by the Vikings on Monday morning)
Zimmer has been on the hot seat for quite some time and it appears the end of the road is near, perhaps even he knows it. Zimmer, in eight seasons as the head coach in Minnesota, has compiled a 71-56 record with back to back seasons below .500.

Ryan Pace, Chicago Bears general manager (Update: Pace was fired by the Bears on Monday morning)
The Chicago Tribune reported Friday that the belief is that Pace will stay as the general manager, but we just can’t help but think the Bears should be cleaning house. It’s a certainty that head coach Matt Nagy is headed out the door (we’ll get to that later, too). The Bears are 48-64 during Pace’s seven years as general manager, and that record doesn’t even include some of his NFL draft misfires.

Scorching Hot Seat
Dave Gettleman, New York Giants general manager
Reports have surfaced for weeks that Gettleman, 70, will be fired after the season, although it’s now been broadcast as more of a retiring. Either way, it will mark the end of an era in New York, a largely forgettable one at that — the Giants went 19-45 during Gettleman’s tenure with no more than six wins in a season.

Matt Nagy, Chicago Bears head coach (Update: Nagy was fired by the Bears on Monday morning)
You didn’t think we were forgetting Nagy, did you? Nagy registered a third straight season of .500 or worse with six wins in Chicago’s first 16 games. He didn’t exactly help his cause with the last-chance effort of Justin Fields either. There’s a good chance Nagy doesn’t get fired on Black Monday — because he’s ousted immediately after Chicago’s game against the Vikings on Sunday. 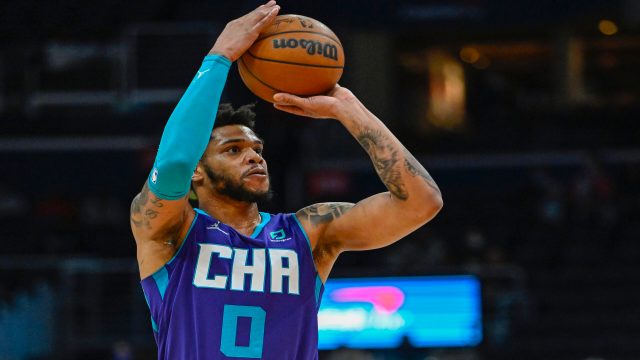