Mac Jones is very much in the Offensive Rookie of the Year discussion after leading the New England Patriots to the playoffs in his first NFL season.

Nick Wright has been less than impressed with the young quarterback, however, especially in wake of New England’s 33-24 loss to the Miami Dolphins on Sunday.

“He stinks,” Wright said on Monday’s episode of “First Things First” on FS1. “Ever since (Patriots head coach Bill Belichick) emasculated him on national television, he’s been awful, except for one game against the (Jacksonville Jaguars). He’s been terrible. He’s playing his worst football, at the worst time of the year, when all the other rookie quarterbacks are showing growth because they were allowed to make mistakes early.

“The guy who had his parents feeding him the food — remember that analogy: ordering off the kids menu, we’ll cut it up for you — all of a sudden he’s 9 years old, doesn’t know how to use a knife and is dribbling all over himself. And all the other kids are like, ‘Well, that’s embarrassing. Can’t invite him to the birthday party.’ “

Granted, it has been a downward spiral ever since the Patriots’ Week 13 win over the Buffalo Bills, a game in which Jones attempted just three passes, as New England leaned on its rushing attack and an excellent defensive performance amid extremely windy conditions.

Jones and the Patriots lost three of their last four regular season games, including Sunday’s finale in Miami. They’ll have their work cut out for themselves Saturday night when they visit the Buffalo Bills in the AFC wild-card round.

Regardless of what happens in the playoffs, one could argue it’s been a successful rookie season for Jones, the 15th overall pick in the 2021 NFL Draft. Just don’t tell Wright, who believes the Patriots’ Week 18 loss was another knock on the 23-year-old Alabama product.

“There’s no defending him,” Wright said. “(The Patriots) lost to Tua (Tagovailoa) and the Dolphins. Tua threw for (109) yards, and (the Patriots) lost because (their) quarterback was terrible — in a game, by the way, they can’t be like, ‘Well, it was meaningless.’ It ended up being meaningless, but (Kevin) Wildes’ upset alert almost came in: the Jets were down 13-10 in the fourth quarter against the Bills. If the Jets had pulled that game off, this was for the division. And you let the Dolphins crush you, because your quarterback’s no good. I know bad quarterbacks. That’s a bad quarterback.”

Jones completed 20 of 30 passes for 261 yards with one touchdown and one interception in Sunday’s loss. The INT was a pick-six that helped Miami jump out to a 14-0 lead in the first quarter.

Has Jones been perfect this season? Absolutely not. And could his inexperience at the highest level ultimately doom New England’s Super Bowl hopes? Sure.

But to say he’s “awful” seems like a stretch.

Patriots-Bills Round 3 Preview: Five Keys For New England Against Buffalo 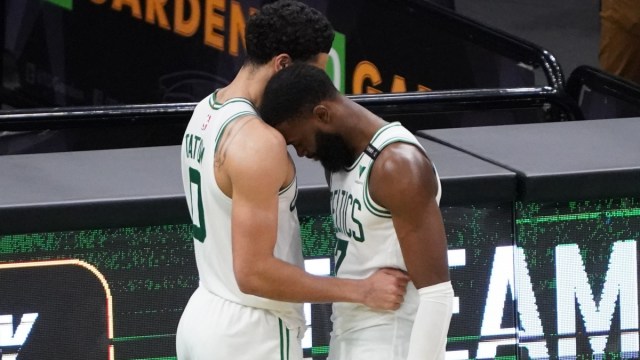 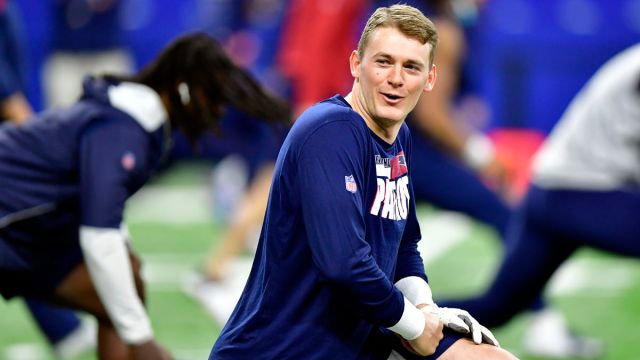