The Teenage Mutant Ninja Turtles made the trip to AT&T Stadium on Sunday for the NFC wild-card game between the Dallas Cowboys and San Francisco 49ers.

Sunday’s game was broadcast on both CBS with Jim Nantz and Tony Romo and Nickelodeon with slime cannons, slime monsters and more.

The kid-friendly version on Nickelodeon shared different graphics throughout with the Teenage Mutant Ninja Turtles being used to show a touchdown reception from Cowboys quarterback Dak Prescott to receiver Amari Cooper.

Well, there’s no doubt that turtle No. 4 can sling it.

The children’s network broadcasted its first NFL game between the New Orleans Saints and Chicago Bears during last year’s wild-card round. Essentially, the broadcast is used to help explain the game to kids. Nickelodeon and CBS Sports signed a partnership ahead of the 2021 season to allow Nickelodeon to broadcast at least one game.

The 49ers held a 16-7 lead over the Cowboys at the half with Cooper’s being the lone score for Dallas. 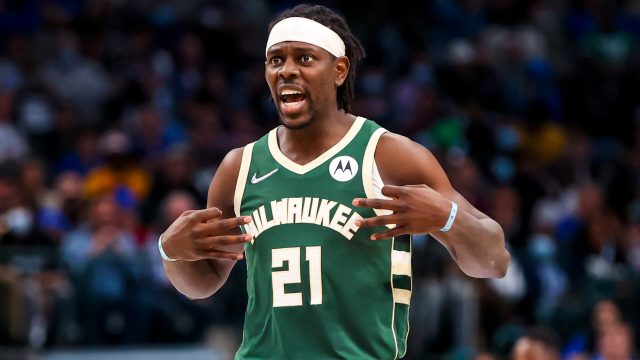 Bucks' Jrue Holiday OUT For Monday Vs. Hawks 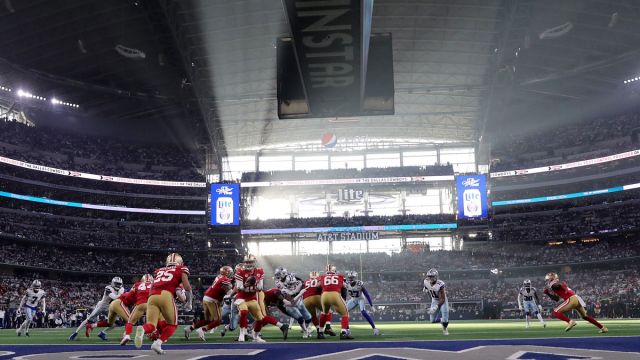 People Are Flipping Out Over Crazy Solar Glare During 49ers-Cowboys