Those who took the Over 54 entering Sunday’s AFC divisional-round game between the Kansas City Chiefs and the Buffalo Bills were left to sweat it out, well, until they weren’t sweating any longer.

The Chiefs and Bills combined to score 25 points on three touchdowns (one two-point conversion) and a game-tying field goal in the final 1:54 of regulation Sunday. Buffalo and Kansas City, who combined for 47 points in the first 58 minutes of regulation, then went into the overtime period with 72 points on the total.

Kansas City broke the tie at 36-all as Patrick Mahomes found Travis Kelce for the game-winning touchdown to lift the Chiefs to a 42-36 victory.

Josh Allen found Gabriel Davis on a 27-yard score with 1:54 left in regulation. The ensuing two-point conversion from Allen to Bills wideout Stefon Diggs officially eclipsed the Over 54, which is where it closed at DraftKings Sportsbook.

From that point on, following three touchdowns of 19 or more yards, the route against the total was on, to the delight of many Over bettors. The Over 54 accounted for 80% of the handle and 67% of the bets, according to DraftKings. 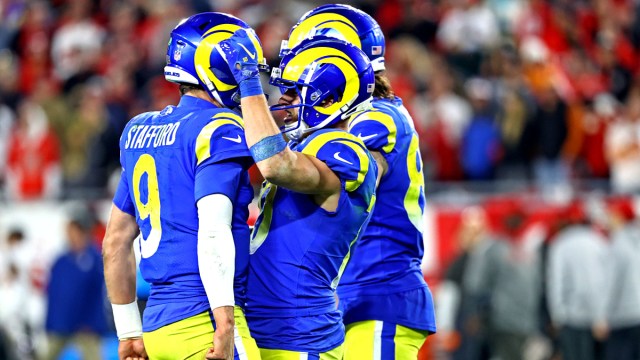 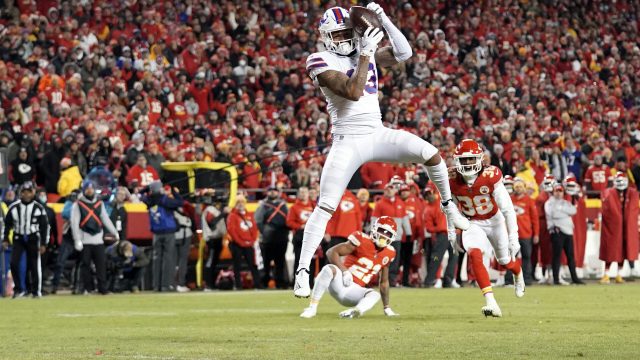