The retirement reports pertaining to quarterback Tom Brady, especially considering they conveniently started just days after an all-time classic game between two budding superstar quarterbacks in the AFC, have caused many to think about who is next in line with the seven-time Super Bowl champion perhaps out the door.

Some have said for years Kansas City Chiefs quarterback Patrick Mahomes will be the one who surpasses Brady. Others have linked another rising AFC signal-caller in Josh Allen, along with a handful of young, extremely talented quarterbacks like Joe Burrow and Justin Herbert.

The reality, though, is that none of those quarterbacks hold a candle to Brady — at least not yet. And Mahomes, after yet another loss deep in the postseason Sunday, essentially admitted that himself when asked about Brady’s greatness following Kansas City’s season-ending loss in the AFC championship.

“Yeah, I mean, his career is one of a kind. I mean, that’s why he’s the GOAT,” Mahomes said on a postgame video conference after a 27-24 overtime loss to the Cincinnati Bengals. “I mean, to win that many Super Bowls, to be in that many games. It’s hard. And I understand that. After the years that I’ve had I mean, I’ve been close a lot, but I’ve only been there twice and I’ve only won one.

“And I understand that it takes us a special player, a special group of guys, special circumstances for that to happen, and I’m still trying to do whatever I can to give myself a chance every year to try to get in that game and the win it.”

Mahomes, as mentioned, has been to two Super Bowls with one title. He lost the other to Brady and the Tampa Bay Buccaneers last season after being kept out of the Super Bowl by Brady’s Patriots during the 2018 postseason.

Another factor that was on display Sunday was the fact Mahomes could never deliver the Bengals the knock-out punch. He looked completely pedestrian in the second half after a game-altering error at the end of the first half. Brady, of course, was the one always leading comebacks not allowing opponents to mount them against him — like the Bengals did by coming back from 18 points down Sunday.

It’s refreshing to know Mahomes, who admittedly has not been shy in his praise for Brady throughout the years, knows there still is a very big gap between Brady’s postseason accolades and what everyone else has accomplished.

Now we’ll just have to see if those reports indicating Brady has decided to conclude his career after 22 seasons are true. Mahomes is waiting, as well. 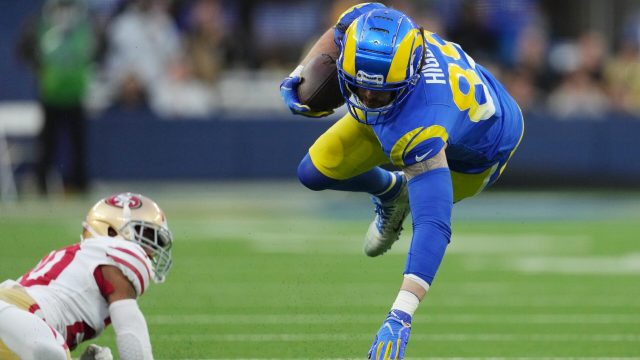 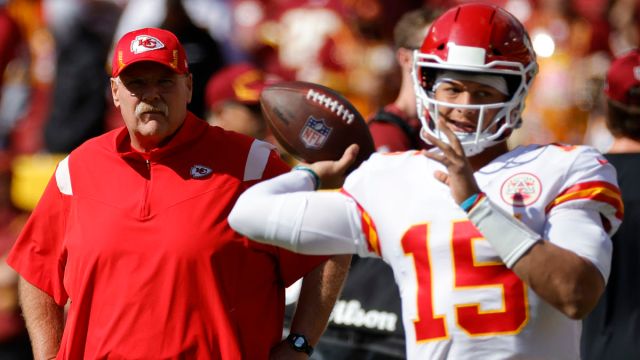