Patriots-Bills Round 3 Preview: Five Keys For New England Against Buffalo Skip to content

For once, the nerds were right: The Patriots and Bills will meet in the first round of the NFL Playoffs.

New England and Buffalo are set for a Saturday night three-peat after the AFC East rivals split their regular season matchups. The Patriots took the first game, a wind-chilled thriller in Buffalo, whereas the Bills thoroughly dominated New England during the rematch in Foxboro.

New England had its way in a unique situation tailor-made for Belichick, but Buffalo had a clear edge once the Patriots and Bills played in normal conditions. So, it’s hard to feel good about the Patriots’ chances in Round 3.

That said, Belichick’s team should not be written off ahead of Saturday night’s showdown at Highmark Stadium. In fact, the Patriots are perfectly capable of leaving Buffalo with a win and a spot in the divisional round.

Here are five keys for the Patriots in their wild-card game against the Bills:

Patriots interior D-line must win its matchups
Davon Godchaux, Carl Davis, Lawrence Guy and even Daniel Ekuale were great for New England in its victory in Buffalo. It was a different story in the rematch, though, with Godchaux especially struggling against the Bills’ offensive line, which isn’t very good. If the Patriots are to win this game, they’ll need to stop the run and prevent Josh Allen from scrambling up the middle. Failures in those areas doomed New England on Dec. 26.

As for Christian Barmore, his status for Saturday’s game remains to be seen. The rookie reportedly avoided a serious knee injury in Sunday’s loss to the Miami Dolphins, but expecting him to return in under a week might be a big ask.

Mac Jones needs to avoid a rookie mistake
Jones looked like a rookie down the stretch, throwing five interceptions and losing one fumble over his final four games. If he can avoid those kinds of mistakes, the Patriots offense should be able to hang with the Bills, whose offense isn’t as unstoppable as it looked in the second meeting between these two teams. Jones also needs to prove he can play well in cold weather, which he likely will face this weekend.

Patriots have to start fast
At this point, it’s clear New England is not built to play from behind. Furthermore, the Patriots have developed a bad habit of allowing slow starts to snowball into early game disasters. In their late-season losses to the Bills, Dolphins and Indianapolis Colts, New England allowed its opponents to build a combined lead of 54-7. That obviously is not a winning formula, especially with a rookie at quarterback.

If the Patriots score first or, dare we say, build an early two-score lead on the Bills, it will enable them to play the game on their terms.

New England’s pass rush has to show up
The Patriots defense struggled mightily in the final quarter of the season, and the shortcomings of the front seven are to blame. Matthew Judon, an absolute force early in the campaign, played downright bad football over the final few weeks. If he isn’t at his best in this game, New England will have a difficult time slowing down Allen and the talented Bills offense.

The Patriots don’t even need to get a ton of sacks. They just need to generate consistent, impactful pressure on Allen and force him into the kinds of mistakes that remain a part of his game.

Commit to bully-ball
New England knows how to run the ball against the Bills, and finding success on the ground will be crucial in this matchup. Damien Harris and Rhamondre Stevens have been excellent this season, often helping to take pressure off Jones and the work-in-progress passing game. Buffalo has a good front seven, but the Patriots offensive line is the more talented and physical group and should be able to control the trenches. We’re not saying that New England needs to run as often as it did in the first game, but Harris and Stevenson need to lead the way Saturday night.

Start fast; avoid turnovers; pressure Allen; win the trench war; run the ball effectively. That’s the path to victory for the Patriots, who’ll need to put it all together to leave Buffalo with a playoff win. 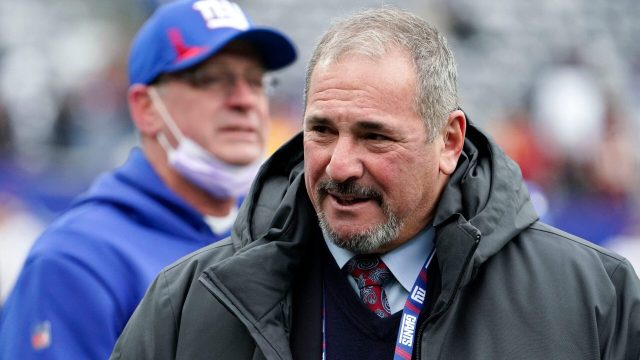 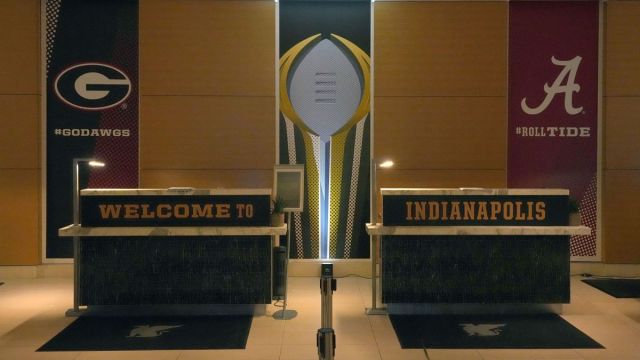