After missing last week’s regular-season finale with a hand injury, New England Patriots safety Kyle Dugger will be back in the lineup Saturday night.

Dugger officially is active for the Patriots’ wild-card round playoff matchup with the Buffalo Bills at Highmark Stadium.

The second-year pro is an important cog in New England’s defense, playing multiple roles as safety/linebacker hybrid. He sported a wrap on his right hand during pregame warmups.

Linebacker Dont’a Hightower (knee) and defensive tackle Christian Barmore (knee) also are active after missing the Patriots’ Week 18 loss in Miami and being carted to the locker room late in that game, respectively. Linebacker Jamie Collins (ankle) also is up after missing one practice this week.

— Cornerbacks Jalen Mills and Shaun Wade are on the reserve/COVID-19 list and unavailable against Buffalo. Mills, who started all but one game during the regular season, is a significant loss. Look for the Patriots to replace him with some combination of Joejuan Williams, Justin Bethel, De’Vante Bausby and D’Angelo Ross.

Bausby and Ross were elevated from the practice squad for this game.

— Speaking of practice squadders, Wilkerson also was elevated but will not play, with the Patriots instead choosing to use N’Keal Harry as their fourth wideout. Harry’s blocking could be useful if New England intends to lean on its potent rushing attack.

The Patriots ran the ball well in both of their regular-season matchups with Buffalo, racking up 222 rushing yards in the first and averaging 5.5 yards per carry in the second.

— Stidham, Asiasi, Taylor, Davis and Winovich also are healthy scratches. This is the first DNP of the season for Davis, who sits behind elevated practice squadder Daniel Ekuale. Winovich has played seven or fewer defensive snaps in eight of his last nine games.

— Wynn was ruled out Friday after ankle and hip injuries kept him out of both practices this week, meaning the Patriots will have a new starter at left tackle. It’s unclear whether they plan to use second-year pro Justin Herron there or shift Trent Brown over from right tackle, where he’s played all season.

Brown was a standout left tackle for the 2018 Patriots but said early this week that he hadn’t practiced there since the spring. 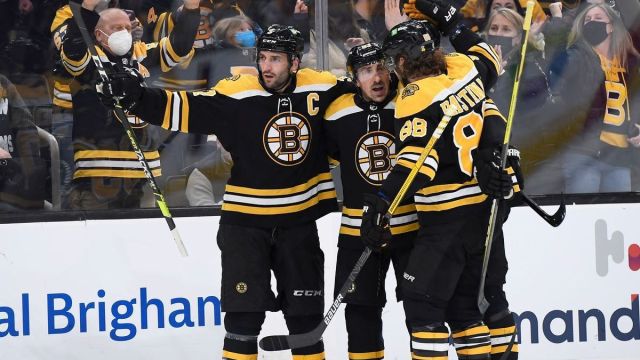 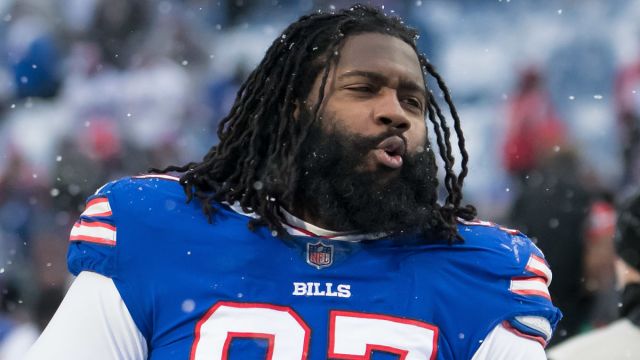