We’ve got another New England Patriots mailbag for you, NFL playoff edition. Without further ado:

@jack_tweeddale
Could we see Karras and Onwenu interchanged throughout the game to try and play to their individual strengths (whether that be pass blocking or run blocking) to try and help that left side of the line with what sounds like Wynn out?
The Patriots have rotated Ted Karras and Mike Onwenu some at left guard in recent weeks, so we could see both players take snaps there. But I’m more interested in how New England replaces left tackle Isaiah Wynn, who, as you mentioned, seems unlikely to play (but has not been officially ruled out) after an ankle injury kept him out of both practices this week.

The simplest solution would be to plug second-year pro Justin Herron into Wynn’s spot and keep the rest of the line status quo. Herron really struggled early in the season, but he held up well against Miami after Wynn’s injury, allowing just one pressure in 30 pass-rush snaps.

But the Patriots could choose to shift Trent Brown to left tackle and plug in Onwenu at right tackle. That would be the “best starting five” approach. It would come with risks, though. New England could be reluctant to make two O-line changes rather than one, and though Brown was a standout left tackle for the Patriots during their 2018 Super Bowl run, he said early this week that he hadn’t practiced there since OTAs. It’s unclear whether Brown proceeded to take any reps there with Wynn sidelined.

New England might opt for continuity, and to keep their right side of Brown and Shaq Mason intact. That duo has been dominant in the run game at times.

Wynn’s injury is one of several the Patriots are dealing with entering the postseason. Safety Kyle Dugger (hand) didn’t play in Week 18 and wasn’t spotted at practice this week, though he was officially listed as limited. Defensive tackle Christian Barmore was carted to the locker room last week but reportedly avoided serious knee injury. And cornerback Jalen Mills has yet to be removed from the reserve/COVID-19 list.

@shawn_norton19
What can the Pats do to establish the running game after the Bills did a really good job on stopping it during the last game?
I wouldn’t say Buffalo did a really good job of stopping the Patriots’ run game in their last meeting. New England still rushed for 149 yards and averaged 5.5 yards per carry in that game despite missing Rhamondre Stevenson. Damien Harris went for 103 and three touchdowns on 18 carries.

Harris was stuffed on a couple of early first downs, but the bigger issue was the ineffectiveness of the Patriots’ passing attack. Mac Jones had his worst game as a pro in Week 16, and the Patriots’ offense was largely stagnant in the first half. Outside of one productive touchdown drive, New England’s other possessions before halftime covered -6, 14, 7 and 7 yards.

I think the Patriots will be able to run the ball Saturday night. They did so successfully in both of these teams’ regular-season matchups. But can Jones solve one of the NFL’s best pass defenses in zero-degree temperatures? That, I don’t know.

Either way, it’s imperative for the Patriots to avoid another slow start. They’ve fallen behind 20-0, 17-7 and 17-0 in their last three losses, totaling 14 first-half points in those games. This team simply isn’t built to overcome deficits like that. New England needs better first-half execution on both sides of the ball.

@rafalzochowski
Given the special teams struggles this year, do you see Judge coming back as a ST coordinator?
I don’t know if Joe Judge would be interested in returning to New England, but to me, that could be a logical move for both sides. Judge isn’t getting another head-coaching job in this cycle, and though the Patriots had the NFL’s best special teams in the first year after his departure, they’ve cratered this season.

Kicker Nick Folk has been great, and Gunner Olszewski continues to be one of the NFL’s top punt returners, but pretty every other facet of the Patriots’ kicking game has been a mess. They’ve had three punts blocked and seem to commit special teams penalties on a weekly basis, including some costly ones in recent losses.

After ranking first in Football Outsiders’ special teams DVOA in 2020, New England slumped to 18th this season, the worst mark for the franchise since 1993. If Bill Belichick opts to move on from coordinator Cam Achord, would he consider bringing back Achord’s predecessor? I wouldn’t rule it out.

@linop67
All due respect Mackenzie killed us last game that cannot happen again otherwise we are toast
Not really a question there, but I am interested to see how the Bills use the speedy Isaiah McKenzie in this game. He’s usually has a minor role on offense when Cole Beasley is healthy, but will the Bills give him a few more opportunities after he toasted Myles Bryant in Week 16 (12 targets, 11 catches, 125 yards, one touchdown). Bryant actually did a solid job against Beasley three weeks earlier, holding Buffalo’s top slot receiver to one catch on three targets for 9 yards.

McKenzie hasn’t done much since his Foxboro breakout, catching two passes for 15 yards in 46 offensive snaps over the last two games.

@mkrodik
Chance Leblanc gets snaps with mills possibly out?
It’s definitely possible. Cre’von LeBlanc only rejoined the Patriots on Tuesday, but he’s played in more than 50 NFL games and has experience in New England-style defenses, most recently with the Miami Dolphins in training camp. I could see the Patriots elevating him from the practice squad Saturday night if Mills does not clear COVID protocol, even if it’s just for depth purposes.

It would be a cool, full-circle story for a guy who made a strong push for a Patriots roster spot as a UDFA in 2016.

“I think it’s great for us to add a guy like LeBlanc,” Devin McCourty said Wednesday. “We know at any moment, if we need him to play, he can play at a high level.”

Joejuan Williams is the most likely candidate to step into Mills’ starting spot, though, and that’s a dangerous proposition against this deep and talented Bills receiving corps.

Williams was a healthy scratch for five games during the regular season, including three of the last four. He started in place of an injured Mills in Week 5 but finished that game on the bench, with the Patriots deciding mid-game to shift slot corner Jonathan Jones outside rather than continuing to play Williams.

Bill Belichick was asked about Williams on Thursday and gave what could be described as a tepid review.

“He’s been in some different roles, depending on who else has been available, really, over the course of his three years here,” Belichick said. “At times, playing inside. At times, playing outside. We’ve shifted schematically a little bit in terms of probably our man-zone breakdowns and so forth. He’s adapted to all those things, but it’s been a little bit of a transition and he’s had to plug in at times when we needed him as opposed to just really being able to stay in one spot. He’s a smart kid. He’s handled that, but that’s kind of the way. It’s a little bit different than a guy that’s playing one position, like an offensive lineman.”

When Belichick is asked what he’s seen from a player and says nothing about the player’s on-field performance, that’s usually not a great sign. 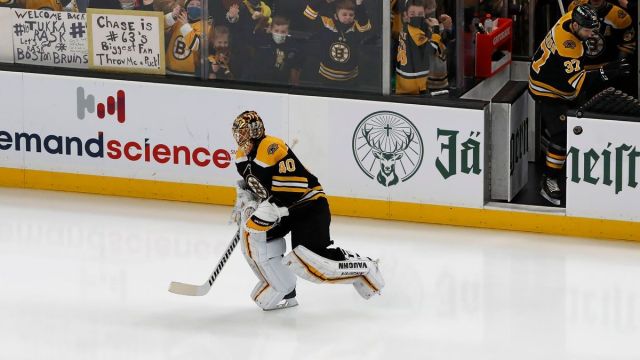 Tuukka Rask Happy To See Changes With Bruins: ‘About Time We Get Some Finns’ 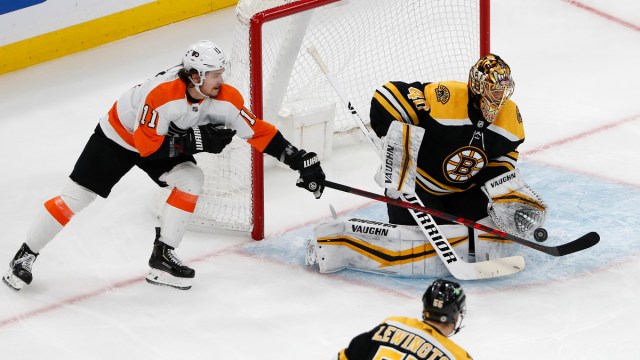