Patriots Mailbag: How Would Pats Replace Absent DBs Vs. Dolphins? Skip to content

Let’s get right to it.

@RB2222221
Who plays over the slot this week with Bryant out? Wade or Mills
Good question and a potentially important one.

There’s still a chance Myles Bryant could return from the reserve/COVID-19 list in time for Sunday’s matchup with the Miami Dolphins. But if he doesn’t, the Patriots would be down both their No. 1 slot corner (Jonathan Jones, who suffered a season-ending shoulder injury in Week 6) and the guy who’s filled that role for the past 2 1/2 months (Bryant). And the next man up would see a lot of Jaylen Waddle, the impressive Dolphins rookie who has 99 catches for 988 yards and five touchdowns this season.

One potential replacement is D’Angelo Ross, who, like Bryant, is an undersized slot/safety hybrid. Ross is on the practice squad and hasn’t seen much NFL action to date, but he played over rostered cornerbacks Joejuan Williams and Shaun Wade in each of the last two games, with Williams and Wade both logging back-to-back healthy scratches.

When Jones sat out the Patriots’ final preseason game with an injury, Ross started in the slot, with first-teamers at every other defensive position.

Another option would be to shift Jalen Mills — one of the Patriots’ two starting outside cornerbacks — inside, which they did in some of the training camp practices that Jones missed. The slot has never been Mills’ primary position, but he does have some experience there. In that setup, Williams, Wade or Ross likely would slide into Mills’ usual spot opposite J.C. Jackson in three-cornerback nickel looks.

Wade’s strong play in the slot at Ohio State makes him a candidate, too, but the Patriots have been reluctant to use the fifth-round rookie this season. He’s been active for just three games despite spending all season on the 53-man roster.

Waddle, who’s lined up inside on more than half of his snaps, will be a tough cover for whoever’s manning that spot for the Patriots. Expect them to give that player more help than they gave Bryant two weeks ago, when Isaiah McKenzie ran him off the field in a Buffalo Bills victory.

Bryant’s absence isn’t the only concern for this Patriots secondary, either. A hand injury has kept Kyle Dugger out of practice this week, meaning New England could be without one-third of its talented safety trio on Sunday.

The triple-safety “big nickel” is the Patriots’ preferred defensive package, with Devin McCourty, Adrian Phillips and Dugger playing 94.1%, 80.5% and 72.5% of snaps this season, respectively. Dugger’s total would be higher if he hadn’t missed one game and been ejected from another.

Having three standout safeties is especially valuable against a team like the Dolphins, who use by far the most 12 personnel (one running back, two tight ends) of any team in the NFL. Miami does so on 61% of its offensive snaps, per Sharp Football Stats. Green Bay ranks second at 29%.

If Dugger can’t go, practice squadder Sean Davis could earn a second gameday elevation. Davis was called up when a positive COVID test kept Dugger out of the Week 13 in Buffalo, but he saw minimal playing time. He was one of four P-squad players the Patriots protected this week.

@CJLaMarque12
Will Wilkerson get the call up to the 53-man again?
In my opinion, Kristian Wilkerson deserves to remain above N’Keal Harry on the Patriots’ wide receiver depth chart after his two-touchdown performance in last Sunday’s waxing of the Jacksonville Jaguars.

“That’s always a good thing,” head coach Bill Belichick said of Wilkerson, “for players to get an opportunity and then be able to capitalize on it and show their teammates and the team that they can contribute.”

Harry has not done that.

The 2019 first-rounder played 95% of offensive snaps in Week 16 and finished with just two catches on six targets for 15 yards, plus an ugly drop and a seemingly lax effort on a Mac Jones interception. He does provide value as a run blocker, but he hasn’t caught more than two passes in any game this season and has one of the lowest catch rates in the NFL (55.9%) over his three-year career. The Patriots made him a healthy inactive the following week, clearing the lane for Wilkerson’s breakout.

I’d keep Wilkerson — whom Belichick said earned his chance by showing out in practice — in the lineup against Miami, but doing so might be a bit tricky from a roster management standpoint.

He’s out of standard elevations, so he can only play if he’s officially given a 53-man roster spot or used as a COVID-19 replacement. Whether the latter is an available option will depend on whether the Patriots have any players on the COVID list by Saturday. (They currently have two: Bryant and offensive tackle Yodny Cajuste.) Ross also has used both of his standard elevations, so if Bryant is the only player left on COVID reserve by the end of the week, the Patriots would not be able to elevate both him and Wilkerson.

Of course, New England could just sign Wilkerson to the active roster. But the NFL recently announced it’s removing the practice squad elevation cap for the playoffs, meaning the Patriots could freely call up the young pass-catcher for any of their postseason games without him taking up a roster spot.

If Nelson Agholor, who’s now back practicing after missing the last two games with a concussion, is cleared to play Sunday, either Harry or Wilkerson likely would be the Patriots’ fourth receiver and see a much smaller workload than they did in Weeks 16 and 17, respectively.

Belichick said this week that roster decisions involving the two wideouts will be made on a “week-to-week” basis.

@thisryanjackson
do you expect the team to lose any coaches to other teams this offseason? who would replace those who might leave (esp. mcdaniels)?
I think Josh McDaniels and Jerod Mayo both will receive consideration for head-coaching jobs in the coming weeks. Whether either will land one, I can’t say. That’ll partially depend on which jobs come available.

Right now, the Jaguars and Las Vegas Raiders are the only teams in the market for new head coaches. That list will grow after this week — Matt Nagy reportedly will be out in Chicago, for one — but there likely will be fewer openings than last year, when seven coaches were canned.

It’s been notable that McDaniels, who seemingly would be an attractive choice to foster Trevor Lawrence’s development, has not been publicly linked to the Jacksonville vacancy. But with Jags owner Shad Khan planning to retain general manager Trent Baalke — to the chagrin of a vocal portion of his fanbase — that probably isn’t a gig McDaniels would want anyway.

McDaniels has a good setup in New England — paid extremely well, working with a stud young quarterback in Mac Jones, potentially in line to replace Belichick — so he won’t be motivated to bolt for a less-than-perfect head-coaching situation.

As for Mayo, he reportedly was very impressive when he met with the Philadelphia Eagles last year in what was his only head-coaching interview to date. He still lacks coaching experience — this is just his third season as a coach at any level — but has been renowned for his leadership ability since his days as a Patriots linebacker. Mayo has appeared on multiple media-produced head coach watch lists in recent months, so he’s certainly a hot name.

As for potential replacements, Mayo’s role would be easier to fill than McDaniels’. Elevating someone like wide receivers coach Mick Lombardi or tight ends coach Nick Caley to offensive coordinator would be a significant jump and could require Belichick to take on some OC duties himself. As I’ve mentioned in previous mailbags, Bill O’Brien, who currently directs Alabama’s offense, would be a logical candidate if the Patriots look externally.

@AWDarago
Who came up with/when did the ?Awwwwww yeaaaaaa? locker room breakdown begin?
That was a Tedy Bruschi creation from way back in 2003. Once Bruschi retired, “Aww yeah” responsibilities were passed down through multiple players before current M.C. Matthew Slater took over in 2011. No word on whether there’s a succession plan in place for when Slater finally calls it a career. 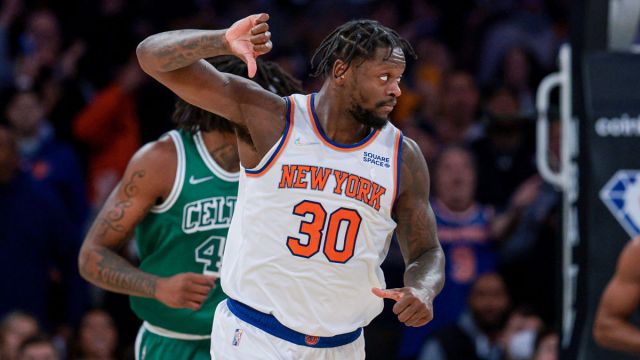 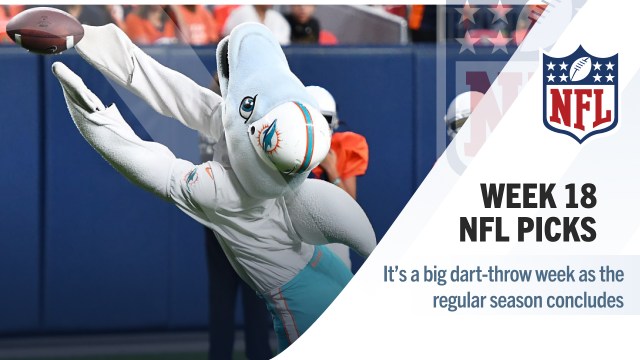 NFL Week 18 Picks: Trying To Decide Who Will Spoil, Who Will Quit