Stephen A. Smith Points Out 'Unforgivable Sin' In Patriots' Downfall Skip to content

Stephen A. Smith is a big fan of New England Patriots head coach Bill Belichick, even in the aftermath of Saturday night’s blowout loss to the Buffalo Bills in the wild-card round of the NFL playoffs.

“I believe that Bill Belichick is the greatest coach probably in the history of the sport,” Smith said on Monday’s episode of “First Take” on ESPN. “I don’t just respect him. I revere him. And I think that he did an outstanding job this year, and to see his team thoroughly outplayed like that Saturday was disappointing, but make no mistake: they lost to a better team.”

The Bills are head and shoulders above the Patriots right now from a talent perspective, which explains why Buffalo will travel to Arrowhead Stadium to face the Kansas City Chiefs in the AFC divisional round while New England heads home for the offseason.

But there’s no denying the optics of a lopsided, season-ending defeat in Orchard Park aren’t great for Belichick, especially as Tom Brady continues to thrive with the Tampa Bay Buccaneers. And Smith believes perhaps the Patriots’ regression over the past two seasons could’ve been avoided had Belichick approached Brady’s final days in New England a bit differently.

“You want to hold something against Bill Belichick, what you hold against him is his decisions as an executive, in terms of drafting wide receivers and stuff like that,” Smith said. “But here’s the ultimate indictment against Bill Belichick: Tom Brady is doing what he did, and because of your greatness, you didn’t want to look at this dude’s greatness and say, ‘You know what? Let’s ride this wave, and let me listen to this dude that I tutored.’ “

To drive home his point, Smith then laid out a hypothetical for “First Take” colleagues Molly Qerim and Michael Irvin.

“You see, because that’s the unforgivable sin in all of this,” Smith said, reflecting on the Belichick-Brady dynamic. “Molly, if you’re a boss and Michael Irvin works for you, and you nurture him and he grows under your tutelage, his success is your success. Why be threatened by that? Why want to sever those ties? They’re an extension of you. Bill Belichick in the end didn’t look at Tom Brady like that.”

Ultimately, Smith doesn’t think Belichick will win another Super Bowl with the Patriots, simply because the AFC is stacked with good teams led by awesome quarterbacks. While Mac Jones has plenty of potential, the Patriots QB might never be in the same conversation as guys like Patrick Mahomes, Josh Allen, Justin Herbert and Joe Burrow.

The Patriots took a significant step forward this season by qualifying for the playoffs after going 7-9 in 2020, but it’ll always be fair to wonder whether New England would have remained in the Super Bowl discussion these past two years had Brady stuck around. 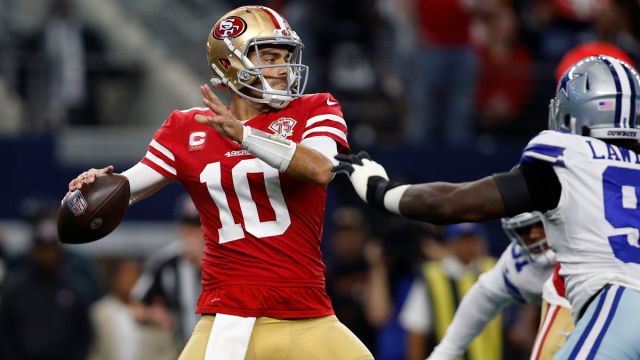 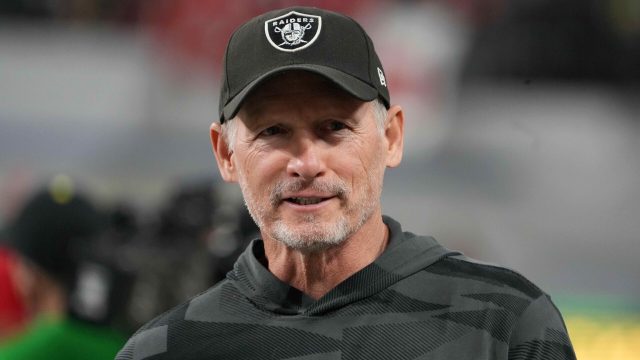