The Patriots would’ve been better this season with Tom Brady at quarterback instead of Mac Jones. New England would’ve been better last season, too. Really, only a couple of teams — the Kansas City Chiefs and the Green Bay Backers — can comfortably say they wouldn’t be better with Brady under center.

Predictably, with the Patriots suffering an early playoff exit, some are resurfacing a debate that no longer is worth talking about. “Did the Patriots blow it in letting Brady go to the Tampa Bay Buccaneers?” — or something.

They probably did. But the reality is that Brady and Tampa won a Super Bowl — and are contending for another — because the Bucs are much better than New England. Tampa drafted better than the Patriots the last five years and assembled a more potent offense for Brady to work with. Had Brady (and his salary) stayed in New England, the Patriots likely wouldn’t be much better now than they were in 2019, Brady’s last season. New England has been undergoing a rebuild since 2018 and still has a long way to go, though the future seems bright with Mac Jones leading the way.

But here’s the main reason why this debate finally should end: Brady never was coming back. It wasn’t about the Patriots dropping the ball and misreading the situation when Brady became a free agent. The G.O.A.T wanted to be free, and so he left.

Throughout his new book, “It’s Better to be Feared: The New England Patriots Dynasty and the Pursuit of Perfection,” investigative journalist Seth Wickersham portrays Brady as someone who basically had one foot out the door once he didn’t get a contract after beating the Atlanta Falcons in Super Bowl LI. Wickersham reports that Brady became so disenchanted with playing for Bill Belichick, who refused to financially commit to him, that he eventually looked forward to leaving New England. After losing to the Philadelphia Eagles in Super Bowl LII, Brady told people close to him that he no longer wanted to play for Belichick.

And, despite winning a Lombardi trophy the next season, Brady had not changed his mind by the time the 2019 season rolled around.

On Page 424, Wickersham recounted how Brady, in August of 2019, put his Brookline, Mass., home on the market after signing a bogus contract extension. Wickersham then wrote:

It was time. Brady knew it right then, in August of 2019. The team had moved on, even though he would lead the Patriots for another season, and so Brady needed to prepare to work elsewhere, something he had alternately feared and fantasized about for years.

Then, on Page 437, Wickersham wrote about a conversation that Brady and Belichick had shortly before he became a free agent in early 2020.

Brady was going to play until 45. It was non-negotiable. As long as he could perform — “When I suck, I’ll retire,” he’d said — he was going to give it everything, as he always had.

Brady did not force confrontations, and neither did Belichick, but he also wasn’t one to bluff. He and Belichick spoke on the phone, not about a new deal — Belichick acted as if Brady was still under contract, which was technically true until March 17 — but about potential roster improvements. The call left Brady underwhelmed, and served as a reminder that nothing was going to change in New England. Bill was Bill: he looked for bargains, not splash imports. Brady began the call wanting to leave, and felt no different after it.

With Brady’s contract due to void the following afternoon, Kraft assumed this was good news — that Brady wanted to quietly negotiate a new deal, just the two of them, like old times. Brady drove the four minutes to Kraft’s house, and sat in his living room to deliver news that he had imagined delivering for a long time.

These are just a few examples of the evidence pointing toward the fact that Brady leaving New England was inevitable. The only thing that would’ve prevented it would’ve been Belichick somehow becoming less like himself over the last five years. But that didn’t happen, and Brady became ready for a new chapter in his career.

Tom Brady now is with the Buccaneers, and Mac Jones is quarterbacking the Patriots. The story of how we got to this point is an interesting one, but the endless debating is not.

Time to move on. 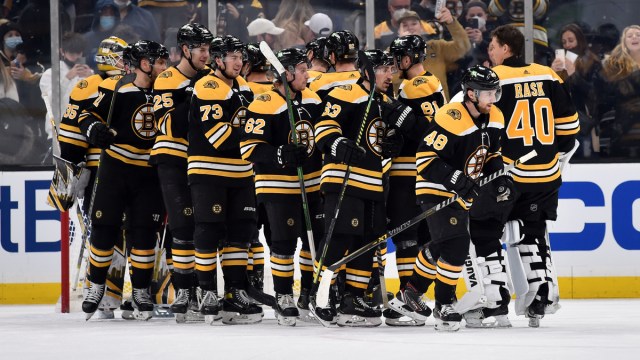 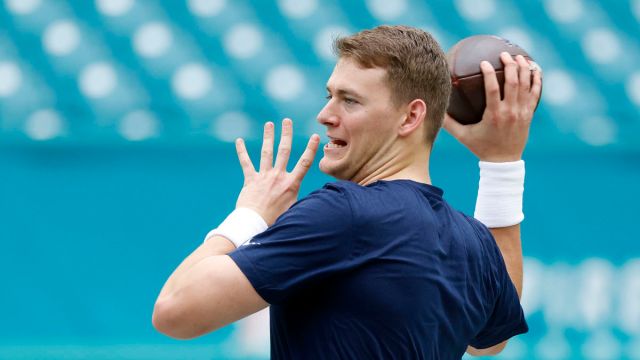