Facing Josh Allen and the Buffalo Bills’ talented passing game already was going to be challenging for the New England Patriots. Now, they might need to do it without one of their best cornerbacks.

Starter Jalen Mills landed on the reserve/COVID-19 list Tuesday, four days before the Patriots’ impending rubber match against Buffalo in the wild-card round of the NFL playoffs.

If Mills is vaccinated and asymptomatic, there’s a chance he returns in time to play Saturday night. But the condensed timeline — this isn’t a player testing positive the Monday before a Sunday game — makes that less likely.

And make no mistake: not having Mills for this win-or-go-home game would be a very big deal for New England’s defense.

Mills isn’t a Pro Bowler like his running mate, J.C. Jackson, and he doesn’t have Jackson’s gaudy interception numbers. In fact, the former Philadelphia Eagle hasn’t picked off a single pass this season. He’s a downgrade from what the Patriots had when Stephon Gilmore was patroling his spot. That all is true.

But Mills, despite concerns over whether he could hold up as a full-time outside cornerback, has been one of the Patriots’ most consistent defensive players since the midway point of the season. Since Week 9, opposing quarterbacks are 13-for-25 for 171 yards and two touchdowns and six pass breakups when targeting Mills in coverage, according to Pro Football Focus. That’s an average of 1.4 catches and 19 yards allowed per game.

Though he struggled at times early this season and had some trouble against Buffalo’s Gabriel Davis in the Patriots’ first visit to Orchard Park, N.Y., Mills has surrendered more than 20 receiving yards in just one of his last nine games, per PFF. He let up 54 in a blowout win over the Jacksonville Jaguars, 40 of which came on one play. Mills allowed three catches in that game. He’s given up two, one or zero in every other contest since the start of November.

Mills also has been durable, starting all but one game and playing 84.6% of defensive snaps. Only Jackson and Devin McCourty have played more. And recently, that rate has spiked even higher, with Mills missing just one snap over the final four weeks of the regular season.

“He’s done a nice job for us,” head coach Bill Belichick said in late November. “It’s a different system than what he played in in Philadelphia, but I think he’s adapted to it well. He’s a good all-around football player. … Jalen’s been a really solid addition for us. I’m glad we have him. I love his versatility and his overall play style.”

A player like that is tough to lose, especially if you don’t have a quality backup. And the Patriots do not.

If Mills cannot play Saturday, New England could be forced to start third-year pro Joejuan Williams opposite Jackson. Williams, a 2019 second-round pick who has yet to play to his draft slot, was a healthy scratch in Weeks 15, 16 and 17 before returning for Sunday’s regular-season finale after COVID made slot corner Myles Bryant unavailable. The rangy Vanderbilt product has played a total of 20 defensive snaps over the last six games and was benched in his lone start this season after struggling against the Houston Texans.

Seldom-used rookie Shaun Wade might be another option, but he’s currently on COVID reserve, too. Wade has played just 11 defensive snaps across three appearances this season and joined Williams as a healthy inactive in Weeks 16 and 17. Justin Bethel will get some looks in dime or quarter packages if Mills is out, but he rarely plays outside of special teams and is unlikely to be more than a depth piece.

The only other cornerback on New England’s 53-man roster is Bryant, who should slide back into his usual slot role after being removed from the COVID list Tuesday. The Patriots have D’Angelo Ross, De’Vante Bausby and new signees D.J. Daniel and Cre’von LeBlanc on their practice squad.

Expect to see at least one practice squad elevation if Mills can’t go. Of those four, LeBlanc — who first joined the Patriots as an undrafted rookie in 2016 — has the most NFL experience, appearing in 52 games for Chicago, Philly and Detroit. Ross was elevated for the final three games of the regular season, playing over both Williams and Wade in two.

This group will look to slow down a Bills offense that’s surrounded Allen with a deep array of receiving threats.

Buffalo boasts five wideouts who must be respected in the passing game — All-Pro Stefon Diggs, Emmanuel Sanders, Cole Beasley, Davis and Isaiah McKenzie, who killed the Patriots three weeks ago — and no team utilizes more three-, four- and five-receiver sets. Under the direction of coordinator Brian Daboll, the Bills have run an NFL-high 862 plays this season out of formations that featured three or more wideouts, according to Sharp Football Stats.

When the Bills won at Gillette Stadium last month, Allen threw for 314 yards and three touchdowns even with Beasley and Davis both out with COVID. The quarterback is expected to have his full complement of wideouts Saturday night.

If Mills is not cleared in time, defending a passing attack of that style and potency will be a major challenge for New England. 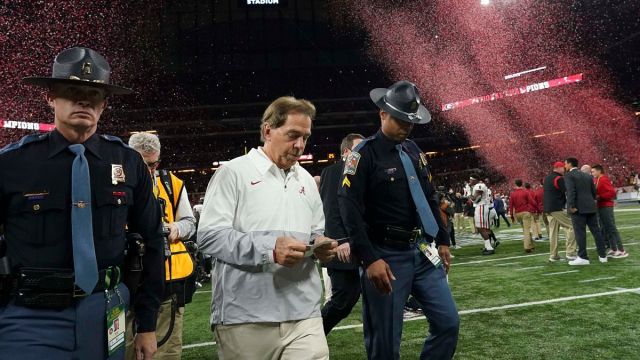 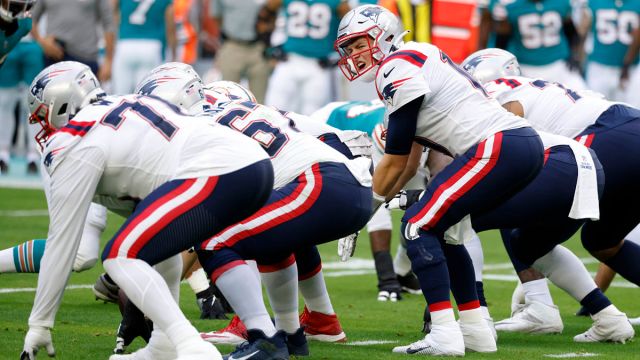