The Boston Bruins intend intend to stick with what’s working Saturday when they visit the San Jose Sharks.

Bruce Cassidy expects to make just two lineup changes for the Bruins-Sharks matchup, with one up front and one in the back. Jesper Froden draws into Boston’s lineup as the fourth-line right wing, replacing Curtis Lazar, who is out due to the upper-body injury he suffered Thursday in the Bruins’ overtime victory over the Seattle Kraken. Froden will be skating in just his second NHL game and his first since Dec. 16.

Jeremy Swayman starts as Boston’s goaltender, with Linus Ullmark serving as his backup.

The Bruins will stick with the new-look lines and pairings that served them well Thursday. Jake DeBrusk remains on the top line, where he hopes to continue impacting the Bruins positively with his speed and determination.

Bruins-Sharks is the second contest in Boston’s six-game road trip. By topping the Kraken in the opener, the Bruins extended their winning streak to three games. The B’s now look to make it four in a row.

NESN will air Bruins versus Sharks in full, with pregame coverage starting at 9 p.m. ET. Puck drop from SAP Center at San Jose is scheduled for 10 p.m. ET.

Here are the projected lines and defensive pairings for Bruins-Sharks. 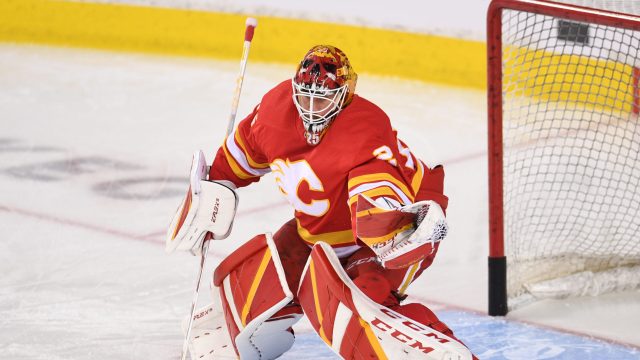 The Flames will have Jacob Markstrom in net Saturday 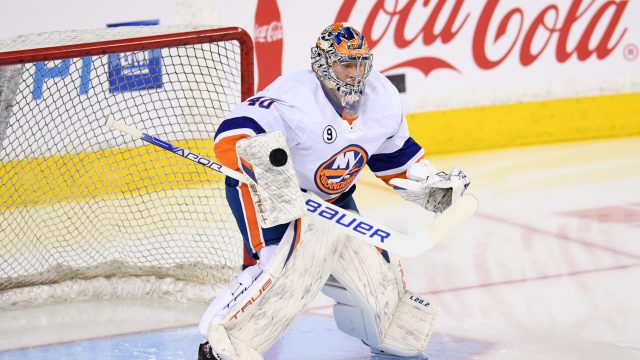 Semyon Varlamov will start for the New York Islanders on Saturday