After a short two-game losing streak, the Boston Bruins have responded and now have won three straight games after taking down the Seattle Kraken on the road Thursday night.

ONE BIG TAKEAWAY
It didn’t look great for the Bruins for a lot of Thursday’s contest, but they still somehow found a way to come out on top. Seattle opened the scoring on a shorthanded first period goal and seemed to have the momentum for much of the tilt — despite Boston outshooting the Kraken 39-27 — but the Bruins were too much.

Jake DeBrusk was the hero for the Bruins in his first game since being added to the the Brad Marchand-Patrice Bergeron line, netting two of Boston’s three goals. Thursday’s game was one the Bruins should win and even though they didn’t play their cleanest game, they still pulled out the win.

STARS OF THE GAME
— DeBrusk has been impressive for the Bruins lately, and kept things going by opening the scoring for Boston with a first period goal. He also extended his goal streak to three games in the process. He later potted the game-winner in overtime off of assists from Charlie Coyle and Charlie McAvoy.

— David Pastrnak also has been in the zone for the Bruins and extended his goal streak to three games with a second-period finish in the big win. Pastrnak now has four goals in the Bruins’ last three games.

— Defenseman Charlie McAvoy tallied two assists for the second straight game to bring his season total up to 25.

WAGER WATCH
It wouldn’t have made you the most money, but betting on the Bruins would’ve been a good choice Thursday night. They were favorites over Seattle and DraftKings Sportsbook set the moneyline odds at -230. If you placed a $230 wager, you would’ve walked away with $100 in profit.

UP NEXT ON NESN
The Bruins will take a day off Friday before hitting the ice Saturday against the San Jose Sharks as they continue their west coast road trip. All coverage can be found right here on NESN beginning at 9 p.m. ET. 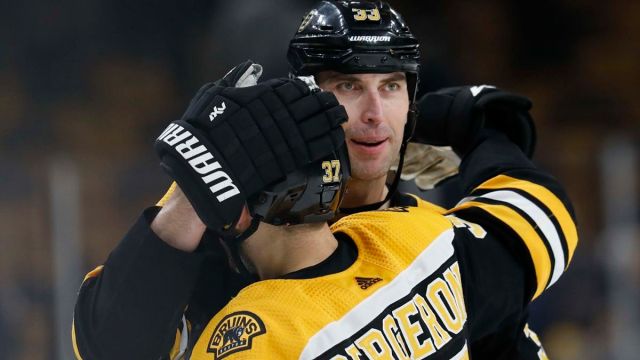 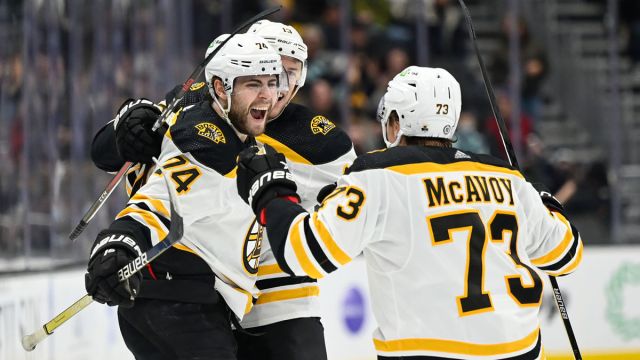