Dallas Cowboys owner Jerry Jones went through a recent stretch where he seemingly talked about every possible head coach besides his own.

Jones said he would hire Dan Quinn, the current Cowboys’ defensive coordinator, as a head coach.

And the well-established relationship between Jones and former New Orleans Saints head coach Sean Payton, who stepped away from the sideline for the time being, has prompted a flurry of Cowboys-related rumors.

So, what was discussed?

“Really just the conversation was you and I are in this back-to-back and it’s a partnership and just focus on what we need to do moving forward. He made some personal comments about how he feels about it, but that’s really for him and I,” McCarthy recalled. “But yeah, I’m very, very comfortable with our relationship and our dialogue. I mean, at the end of the day, we we both want the same thing, and it’s to win the world championship.

“And definitely the narratives are unusual, but at the end of the day, I think you have to, you got to trust the relationships and the communication and connection that you have in our leadership group. And I think we’re doing everything we possibly can to, you know, to build a championship team here.”

McCarthy, who has served as the head coach in Dallas the past two seasons, is responsible for the team underperforming in the final game of the season. The Cowboys, who earned the NFC’s third seed after winning the NFC East, were dealt a first-round playoff exit against the sixth-seeded San Francisco 49ers. It capped a wildly disappointing campaign for a team that had title aspirations.

That certainly turned up the heat on McCarthy entering the offseason, and now that it seems he won’t be going anywhere entering the 2022 campaign.

“I’ve been very fortunate to work at two of the premier organizations in pro football, and they’re all different,” McCarthy said. “And I think clearly, in this situation, the way things are are done here, there’s a bigger-picture focus and and I’ve always, frankly, just kept it about winning and have always kind of taken taken a blind eye or blind ear to those things. But that’s not the case here.

“So I mean, I think clearly, when you look at those type of comments, you know, I think you have to understand the platform where they’re coming from. I mean, I have an excellent relationship with Jerry Jones. We talk on a regular basis about everything and anything — big picture type focus on what we’re doing program-wise, and more importantly, his biggest interest is the development of our players, especially our young players.”

There’s no debate that, while Jones is concerned about the development of young players like $40 million quarterback Dak Prescott, the owner’s main concern is bringing a Super Bowl back to Dallas. And if McCarthy can’t get it done, Jones’ offseason slights soon will turn into wholesale changes. 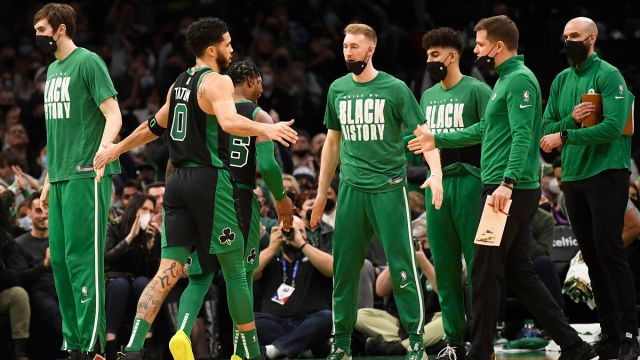 Red-Hot Celtics Have Best Chance At NBA Title, According To FiveThirtyEight 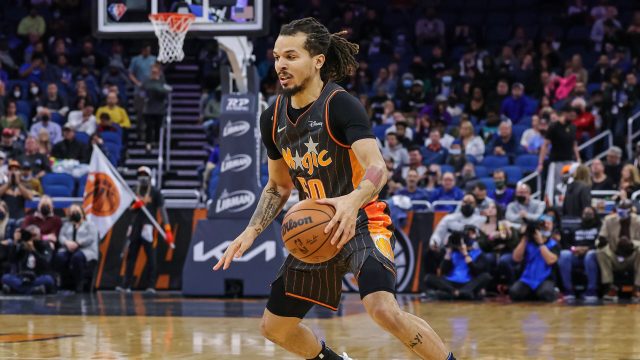