How Will Bruins Adapt With Brad Marchand Return? Bruce Cassidy Weighs In Skip to content

It now means Marchand will return to the group, after the Bruins compiled a 3-2-1 record during his absence, as Boston begins a six-game Western Conference road trip starting Thursday.

Bruins coach Bruce Cassidy was asked after Monday’s win how the team will adapt with Marchand returning to the lineup. Boston’s bench boss provided some insight while noting it could be a less-than-perfect situation with one dropping out of the lineup and the lines being impacted.

Cassidy specifically noted how he was hoping to keep the group of Trent Frederic, Charlie Coyle and Craig Smith — Boston’s second line the past three games — together.

“We’d like to keep that together. Someone’s going to be probably a little bit unhappy, someone’s gonna have to get moved around. It’s just the way it is,” Cassidy said Monday, as seen on NESN’s postgame coverage. “So we’ll sort through that when we practice Wednesday in Seattle and put the best plan together as possible and see where it goes.”

Cassidy credited that heavier middle-six grouping as the one that set the tone before David Pastrnak scored the first goal of Monday’s win.

Throughout the past two wins, the Bruins sent out a top line of Taylor Hall, Patrice Bergeron and Pastrnak and second line of Frederic, Coyle and Smith. The third line in each of those last two wins featured Erik Haula, Jack Studnicka and Nick Foligno along with the fourth line of Jake DeBrusk, Tomas Nosek and Curtis Lazar. The bottom two lines were a bit different when the Bruins faced the New York Islanders last week and before that Boston was without an injured Bergeron during the first three games of Marchand’s suspension.

It’s a good problem to have, no doubt, but there are questions that arise.

Among those questions, there’s a good chance that Hall and Pastrnak stay together when Marchand returns given their budding chemistry which was clear during a breakout stretch from Pastrnak last month. Smith offers another question mark as it was him who played opposite Marchand on the Bergeron line prior to the former’s suspension and his arrival with the Coyle line. Perhaps Jake DeBrusk (two goals in last two games) jumps all the way to the top line to play on his weak side with Bergeron and Marchand? Maybe Haula, who centered the first line against the Rangers plays on the wing? Oskar Steen?

There certainly are questions. Still, there’s no debating that Boston will benefit from Marchand’s return.

“We’ll welcome him back and then we’ll be better off for it,” Cassidy said. “We’ll be a better team to put a guy like him back in your lineup.”

The Bruins return to action Thursday against the Seattle Kraken with puck drop scheduled for 10 p.m. ET after an hour of pregame coverage on NESN. 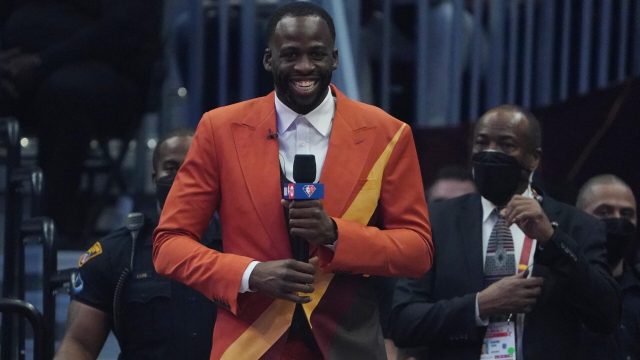 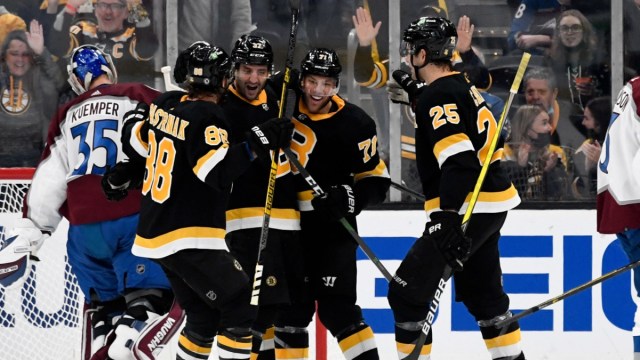