Jerod Mayo believes the New England Patriots’ 2021 defense was much better than it looked in its historically ugly playoff loss to the Buffalo Bills.

But he also sees some clear areas of need for 2022.

Mayo, the Patriots’ inside linebackers coach, was asked about New England’s defensive deficiencies during an interview Wednesday with 98.5 The Sports Hub’s “Zolak & Bertrand.” He began by defending that unit before laying out some ways the team can improve it this offseason.

“Let me just back up a little bit,” Mayo said. “If you zoom out and look at the season (on) the whole, we ended up third in scoring defense, seventh in yards. If you were to tell anyone before the season that’s where your defense is going to end, everyone would be happy. Now, being here in New England where the bar is set so high all the time, obviously, we’re disappointed in those numbers.

“Now, we have some guys who were new to the system last year, which I expect going forward, they’ll have a better understanding of that. And also through the draft and through free agency, we’re definitely going to look to get faster, look to get more explosive and look to put more playmakers on the field.”

The Patriots did rank near the top of the NFL in most defensive categories during the regular season — second in points allowed, fourth in total defense, fourth in defensive DVOA, fifth in third-down defense, second in red-zone defense, first in interception rate, etc. — but they showed worrisome cracks down the stretch before imploding in the wild-card round.

New England failed to come up with necessary late-game stops in regular-season losses to the Indianapolis Colts, Bills and Miami Dolphins, then came completely unglued in its lone playoff contest. Buffalo became the first team in NFL history to go a full game without a punt, field-goal attempt or turnover, cruising to a 47-17 win that ended the Patriots’ season.

Over those final four losses, the Patriots totaled just one takeaway, two sacks, seven quarterback hits and seven tackles for loss. They looked old and slow at linebacker, talent-deficient at cornerback (with starter Jalen Mills unavailable for the playoff game following a positive COVID-19 test) and, in the eyes of many pundits, including Patriots Hall of Famer Rodney Harrison, “soft.”

Mayo, a former teammate of Harrison’s, pushed back on that characterization, though he did acknowledge the Patriots’ late-season struggles against RPOs and more mobile QBs.

“I’m not sure I agree with that,” Mayo said. “And look, I have the utmost respect for Rodney and everything that he’s done, everything he’s accomplished. I will say we don’t have guys out there doing a bunch of the chippy stuff after the play, but if you turn on the film and see a guy like (Ja’Whaun) Bentley, a guy like (Dont’a) Hightower coming downhill, smacking these offensive linemen or crossers coming across, smacking these guys — I don’t agree with him at all. I think those guys are definitely physical. If you were to talk to other teams, they would say these are bigger linebackers that come downhill, they’re in bubbles and they’re taking on guards, they’re taking on fullbacks. They’re doing all that stuff.

“Now, were there times where it did look like we got soft? Absolutely. Some of these teams, they put you in predicaments as far as run-pass conflicts and things like that. That may be what he’s talking about. But overall, I would not call us a soft defense. And at the end of the day, it’s about points. It’s about how many points we give up. And being third in the league, I mean, I’d take that.”

Some of those bigger, more physical linebackers could be gone this offseason with Hightower, Bentley and Jamie Collins all set to hit free agency. The Patriots also are facing big questions in the secondary, as Pro Bowl cornerback J.C. Jackson and longtime safety Devin McCourty both are on expiring contracts.

After this season’s disappointing finish — which several players attributed to the team losing focus and lacking a killer instinct after their Week 14 bye — changes will be coming.

Mayo, who confirmed Wednesday he’s sticking around after interviewing for multiple head-coaching jobs, recognizes this. But he also expressed optimism for next season, saying he expects continued improvement from 2021 newcomers like Matthew Judon, Davon Godchaux and Mills.

“We have a bunch of good players,” Mayo said, “a bunch of free agents from last year who now know what to expect and really looking for them to make that Year 1 to Year 2 jump, being in the system. Pretty exciting times looking forward.” 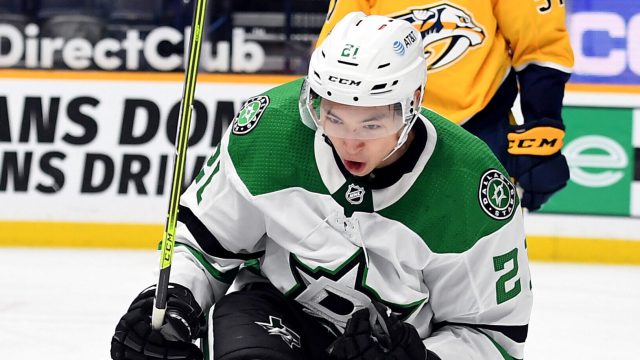 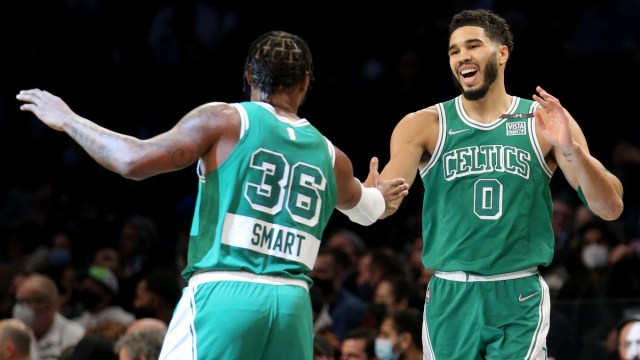