There’s a non-zero chance that Kyler Murray will pop up in trade rumors in the near future, even if the Arizona Cardinals have no intentions of trading the star quarterback.

So, it’s fair to ask: Should the Patriots consider moving on from Mac Jones in favor of swinging a deal for Murray?

The drama surrounding Murray and Arizona ramped up over Super Bowl LVI weekend. Murray’s recent social media activity raised some eyebrows, but a pair of Sunday morning reports made it clear that there is an actual story here. ESPN’s Chris Mortensen reported that some with the Cardinals believe Murray is “self-centered” and “immature,” with Mike Garafolo of NFL Media adding that Arizona was disappointed in the 24-year-old’s behavior at the end of its wild-card loss to the Los Angeles Rams.

The Cardinals eventually backed the quarterback in a statement, but that’s what they’re supposed to do.

Again, it’s hard to envision Arizona entertaining the idea of parting with one of the best quarterbacks in football. But stranger things have happened in the NFL, to say the least.

Here are arguments for and against the Patriots pursuing a Kyler Murray trade:

Case for
This isn’t a knock on Jones, who looks like a potential franchise quarterback, but players like Murray don’t grow on trees. The top pick from the 2019 draft played at an MVP-caliber level at various points over the last two seasons and possesses the kind of elite talent that would enable the Patriots’ offense to keep pace with Josh Allen and Patrick Mahomes.

Murray was especially dynamic in 2020, racking up 819 rushing yards and 11 touchdowns to go along with his 3,971 passing yards and 26 touchdowns. This season, Murray, who missed three games, threw for 3,787 yards and 24 touchdowns with 10 picks while adding 423 yards and five scores on the ground. He’s a more electrifying Russell Wilson, who’s listed an inch taller than Murray at 5-foot-11.

Plus, depending on how the Cardinals feel about Jones, New England in theory could acquire Murray without having to surrender a treasure trove of draft picks. That said, it’s debatable whether Jones alone would satisfy Arizona.

The future in New England might be bright with Jones under center. However, it could be even brighter with Murray, if he reaches his potential.

Case against
Yes, there is a case to be made for not trading Mac Jones for Kyler Murray — as ludicrous as it might sound.

The damning reports on Murray’s intangibles are concerning, even if they smell of someone with an ax to grind behind the scenes. Harpoons were launched at the Oklahoma product’s character during the leadup to the 2019 draft, and similar things now are being said three years into his NFL career. The anti-Murray anecdotes might be totally bogus, but there also might be fire accompanying all the smoke.

If Murray indeed is an immature player who can’t handle adversity, it’s fair to wonder whether he’s cut out for life under Bill Belichick, who clearly loves Jones’ poise, leadership and work ethic. But there are on-field concerns about Murray, too.

He was awful in the wild-card loss to the Rams and at times looked completely lost. Yes, the Cardinals were without some of their best offensive weapons, but Murray was erratic and looked legitimately rattled by his first taste of NFL playoff football. Some players learn from such an experience; some never get over it.

The game also helped fuel concerns about Murray’s height being an issue. Size never has prevented Wilson from being one of the game’s best passers, but he’s a unique player. The inability to see over tall linemen at the line of scrimmage has been a problem for Murray early in his career, even though his talent and athleticism have helped him overcome it.

Murray’s small stature and schoolyard playstyle also make him more of a long-term injury risk than someone like Jones, who is a traditional pocket quarterback. Injuries have slowed Murray down in each of the last two seasons, causing the Cardinals to modify their offensive game-calling in an attempt to protect him. Murray is a less dangerous player when he’s not running around making incredible, Mahomes-like plays.

Regardless, Murray, who is scheduled to become a free agent in 2024 (the Cardinals hold a team option for 2023), eventually will land a massive contract. Is he worth that kind of money, given the concerns?

Maybe, but the Patriots might not be willing to pay such a price, let alone the one it would take to first acquire Murray in a trade. 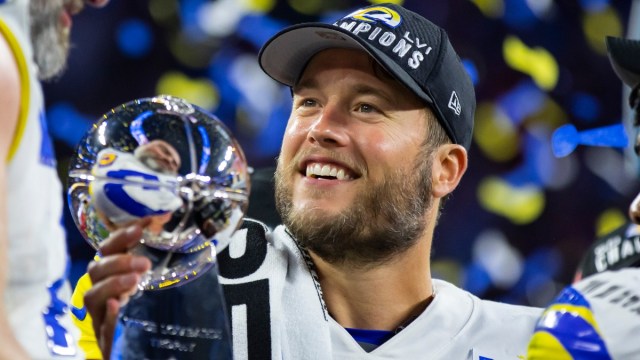 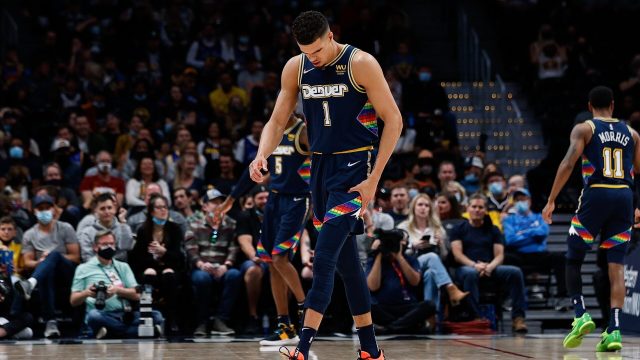