There are signs pointing toward a return to New England for former Patriots offensive coordinator Bill O’Brien. But it could be a while before that comes to fruition.

During an appearance Thursday on WEEI’s “Gresh & Keefe,” NFL Media’s Ian Rapoport reported there is “mutual interest” between the Patriots and O’Brien, who has been widely viewed as a prime candidate for Josh McDaniels’ now-vacant offensive coordinator position.

Rapoport also noted, however, that the Patriots must follow NFL rules during their search for McDaniels’ replacement, including interviewing at least one external minority candidate, and that New England typically is “very, very slow” to fill openings on its coaching staff.

“So we are not there yet, and I would say typically, the Patriots work very, very slow on staffing. Like, I can remember many times they would go to the combine (in early March) and not be set on staffing. So I’m not sure that will happen imminently, but I do believe there’s mutual interest. And honestly, it just makes a lot of sense for all parties.”

O’Brien was the Patriots’ offensive play-caller from 2009 to 2011 before leaving to become head coach at Penn State and, later, of the Houston Texans. He currently is Alabama’s offensive coordinator, having joined the Crimson Tide last offseason. In that role, O’Brien briefly overlapped with Patriots quarterback Mac Jones, who helped teach him the Crimson Tide’s offense in the months before the 2021 NFL Draft.

Alabama head coach Nick Saban addressed the O’Brien-to-New England speculation Wednesday, saying he’s had “no indication of that, other than what y’all put on the Internet right now, which is a lot of maybes.”

“I don’t think Bill is trying to leave,” Saban, a longtime friend of Patriots coach Bill Belichick, told reporters, via AL.com. “I think he’s looking forward to that challenge.”

McDaniels, who also served as the Patriots’ quarterbacks coach, played a vital role in Jones’ development this season. He officially was hired as the Las Vegas Raiders’ new head coach earlier this week — and reportedly brought assistant Patriots QBs coach Bo Hardegree along with him, creating another coaching void for New England to fill.

Pro Football Focus’s Doug Kyed reported, citing chatter at this week’s Senior Bowl, that the Patriots are looking to hire an experienced offensive play-caller from outside the organization, which would remove Caley, who does not have play-calling experience, from the conversation.

Former NFL head coach Adam Gase, who has a good relationship with Belichick and has been out of the league since being fired by the New York Jets last offseason, is another potential OC target.

“I know Bill Belichick wanted to keep Josh McDaniels, but this is definitely not like (2018, when McDaniels nearly left to take over the Indianapolis Colts),” Rapoport said on WEEI. “This was not (Belichick) saying, ‘Hold on, hold on, let’s offer this.’ I think they understood and were OK with him going, which makes me think the Patriots are confident in whatever the backup plan is in New England.” 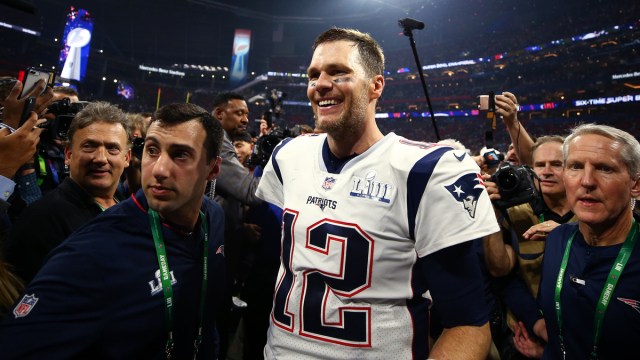 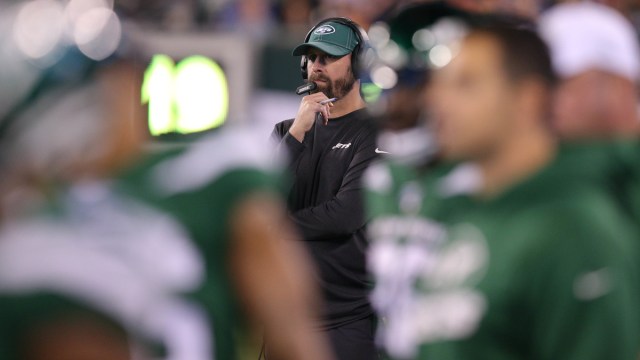