At this point, it’s fair to say that Trent Brown is a better, more reliable player with the Patriots than he is when playing elsewhere. And, when healthy, he was one of the NFL’s best tackles last season.

Why, then, does it feel as if 2021 was another one-and-done in New England for Brown, who will be a free agent this offseason?

The Patriots acquired Brown from the Las Vegas Raiders last offseason and a strong training camp, coupled with glowing reviews from coaches, helped generate high expectations for the 6-foot-8, 380-pound tackle. But Brown injured his calf during the season opener and missed eight games before playing in the final nine.

The 28-year-old was excellent upon his return from injured reserve but was somewhat inconsistent down the stretch, perhaps due to some lingering effects of his injury. Still, on the whole, Brown was a force at right tackle and helped stabilize New England’s offensive line, which was all over the place during his absence.

With Brown once again heading for free agency, let’s look at cases for and against the Patriots bringing him back.

Case for
Brown is a known commodity, which means a lot at One Patriot Place. New England knows what it’s getting from him, injury risk included. Unless the Patriots plan on targeting a better option on the trade market, in free agency or during the draft, it’s hard to envision them being anything other than worse at right tackle if Brown leaves.

(You also could argue that Brown would be an upgrade over Isaiah Wynn at left tackle, should the Patriots want to move on from him before next season.)

As for internal options, 2019 third-round pick Yodny Cajuste has the size and athleticism to be a good player and he was decent in limited opportunities this season. However, that New England only has given Cajuste offensive snaps in three games since drafting him should tell you all you need to know.

The future of the position might be Mike Onwenu, who was excellent at right tackle in his rookie season but began 2021 as the starting left guard. The Patriots eventually swapped him for Ted Karras, and, after Brown returned from his calf injury, Onwenu largely came off the bench the rest of the season. How New England plans to use Onwenu moving forward is anyone’s guess, but the Patriots clearly preferred Brown over him last season.

Lastly, it’s no sure thing that Brown will get big money on the open market. He was criticized for his work ethic in San Francisco before the 49ers traded him to the Patriots in 2018, and Brown’s failure to live up to his record deal with the Raiders likely will make other teams wary of investing in him this offseason. The Patriots might be able to bring him back on a short, incentive-laden deal, which could be attractive for both sides.

Case against
Brown, who will turn 29 in April, likely will cost more than the $6.5 million he made this season. Will the Patriots, who have other needs to address across the roster, be willing to pay that? It’s debatable.

This is one of the rare cases where Brown’s incredible size works against him. It’s easy to envision a player who’s battled nagging calf injuries over the last few seasons continuing to do so in the years ahead. There is a lot of weight on Brown’s legs, and it’s fair to wonder how well he’ll hold up as he plays into his 30s.

If New England is comfortable with committing a lot of money to a right tackle, it probably can find a player with talent similar to Brown’s but with significantly less long-term risk. That said, it might be time for the Patriots either to hand the keys over to Onwenu or, if they prefer Onwenu at guard, to find their right tackle of the future in the draft, unless they believe Cajuste or Justin Herron are capable of filling Brown’s enormous shoes.

Brown is a true difference-maker when he’s on the field, but the risks ultimately might outweigh the rewards. 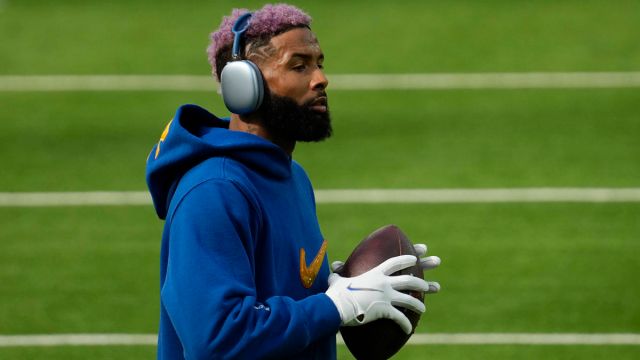 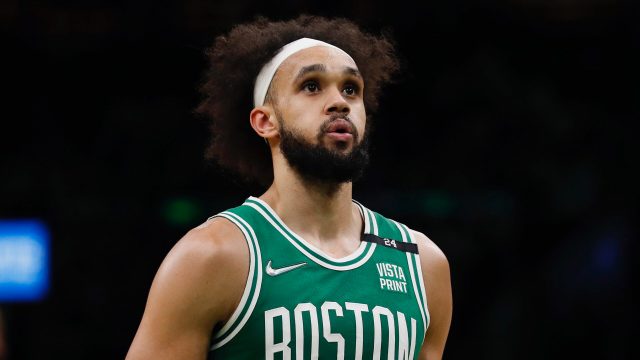