Patriots Positional Outlook: How Can Pats Set Up Mac Jones For Success? Skip to content

As the NFL calendar officially flips to 2022, we’re taking a position-by-position look at the New England Patriots’ roster. We’ll examine which players stood out in 2021, which ones have some work to do this offseason and which ones could be leaving town. First up: quarterbacks.

2021 SEASON REVIEW
For the first time in three years, the Patriots can enjoy an offseason that isn’t dominated by quarterback questions.

Jones’ rookie season was far from flawless, but he validated New England’s decision to select him with the 15th overall pick in last year’s NFL draft. After beating out veteran Cam Newton in training camp, the Alabama product went on to play every meaningful snap for the 2021 Patriots, piloting them to 10 wins and a playoff berth.

Jones showcased accuracy, touch, poise, toughness, intelligence, sneaky mobility and the leadership/intangibles necessary to quickly win over a veteran-heavy locker room. He finished as Pro Football Focus’s 11th-highest-graded QB (tied with Patrick Mahomes), posted the sixth-lowest rate of turnover-worthy plays and boasted the second-best completion rate (67.6%) ever by a rookie signal-caller, trailing only Dak Prescott’s 67.8% in 2016. His 92.5 passer rating also ranked in the top 10 all-time among rookie starters.

The fifth quarterback selected, Jones outpaced all other 2021 draftees in nearly every statistical category and even cracked the AFC’s Pro Bowl roster as a deep alternate, delivering a hilariously confident performance in the NFL’s annual all-star game.

But, like many Patriots players, Jones’ effectiveness dipped after the team’s Week 14 bye. Over the final five games — including New England’s wild-card playoff matchup in Buffalo — his completion rate dropped by nearly 10 points, his passer rating dropped by nearly 20 points, and he committed nearly as many turnovers (seven interceptions, one lost fumble) as he did in his first 13 pro starts (eight INTs, two lost fumbles).

New England lost four of those five games, and though Jones was one of the few Patriots players to put forth a competitive postseason performance, he still tossed a pair of interceptions in a 47-17 Bills rout.

As he prepares himself for Year 2, Jones will need to take steps to avoid another late-season swoon. The 23-year-old plans to focus on getting stronger and improving his diet, along with taking on a more active leadership role.

“There’s a lot that?s going to go into it before next season even starts,” Jones said on ESPN’s Pro Bowl broadcast. “So that’s the important part: attacking that, and then hopefully a lot of big changes will come.”

Many of Jones’ teammates have expressed confidence in the young QB’s potential.

“I think the future is bright for this organization with that young man,” special teams captain Matthew Slater said after the season. “Not just his play on the field, but I think the man that he is, the character that he possesses. He’s the type of man that you hope to build around.”

TOP OFFSEASON STORYLINES
1. Who will be coaching this position group? That’s the most pressing question facing Jones and Co. after offensive coordinator/quarterbacks coach Josh McDaniels left for a head-coaching job with the Las Vegas Raiders. And since McDaniels took assistants Bo Hardegree, Mick Lombardi and Carmen Bricillo with him to Vegas, the Patriots now do not have a single coach left on staff who has either called plays or coached QBs at the NFL level. That’s a problem.

The Patriots’ exact plan to replace McDaniels — their OC since 2013 — remains unclear. Joe Judge is back and will factor into that equation in some way (his official title is “offensive assistant”). Head coach Bill Belichick could shift more of his focus toward the offensive side of the ball. A Bill O’Brien reunion seems like a desirable option on multiple fronts, but a report last week suggested he was unlikely to return. We’ll see if that changes, as it’ll likely be weeks or even months before New England’s new staff is finalized.

However they do it, it’s vital for the Patriots to nail their new offensive coaching setup. They need to be doing all they can to facilitate Jones’ development. Which brings us to…

2. Will the Patriots beef up Jones’ supporting cast? The additions of Kendrick Bourne and Hunter Henry and another leap forward from Jakobi Meyers greatly improved New England’s pass-catching corps this season, but they still lag behind nearly all of the true contenders in that area. The Patriots were one of the only teams in the 2021 playoff field that didn’t boast a true game-changing receiver.

We’ve seen how just beneficial a player like that can be for a young quarterback, from Joe Burrow and Ja’Marr Chase, to Justin Herbert and Keenan Allen, to Josh Allen and Stefon Diggs, to Patrick Mahomes and Tyreek Hill. For Jones to reach the potential he flashed as a rookie — and pull off anything even remotely resembling Burrow’s Year 2 ascent — the Patriots need one of their own.

The exact type of wideout they should be targeting can be debated — would a lightning-quick slot or a top-tier perimeter threat be more helpful for Jones? — as can their best path to finding one. Free agency, the trade market and the 2022 NFL Draft all are potential avenues, with the Patriots currently owning the 21st overall pick.

3. Who will be the top backup in 2022? We know Jones, barring injury, will be the Patriots’ Week 1 starter next season. But who will be his No. 2? Hoyer filled that role in 2021, providing valuable veteran mentorship for Jones and making a few garbage-time cameos. He’s 36 and will be a free agent next month but reportedly has no plans to retire. If the Patriots want to keep him — which could help blunt the impact of their numerous coaching departures — he’d cost next to nothing to re-sign.

The wild card here is Stidham, who underwent back surgery last summer and was inactive for every game this season despite returning to the 53-man roster in November. The 2019 fourth-round draft pick now is entering the fourth and final year of his rookie contract. Do the Patriots view him as their preferred QB2? Or, if Hoyer does re-sign, will they look to trade Stidham, ideally after a strong preseason performance or two? 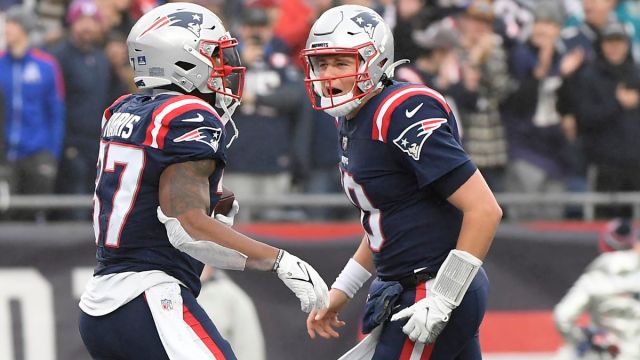 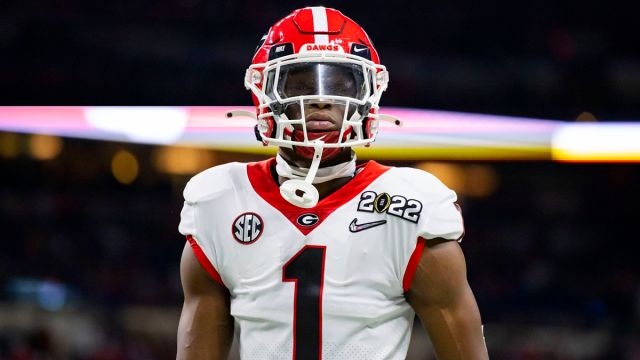