If this year’s Super Bowl feels different to New England Patriots fans, it’s because it is.

When the Cincinnati Bengals and Los Angeles Rams kick off Sunday evening at SoFi stadium, diehard Patriots supporters might be able to do something they haven’t done during a Super Bowl in nearly two decades: relax.

That is unless they have betting interests or strong feelings about the very few former Patriots playing or coaching in Super Bowl LVI.

New Englanders are a special breed. Even if their favorite team isn’t participating in a championship game/series, they still can find some way to passionately root for or against something. However, you could make the case that Super Bowl LVI represents the first Big Game that Patriots fans haven’t had to care about since Jan. 26, 2003, when the Tampa Bay Buccaneers beat the then-Oakland Raiders.

Let’s go over every Super Bowl since then, as well as the corresponding manufactured rooting interest.

Super Bowl: XXXVIII (Patriots vs. Carolina Panthers): Obviously, New Englanders wanted the Patriots to win.
Super Bowl XXXIX (Patriots vs. Philadelphia Eagles): Same explanation.
Super Bowl XL (Pittsburgh Steelers vs. Seattle Seahawks): By this time, the Steelers had become real rivals of the Patriots, and Ben Roethlisberger had joined Tom Brady in the who’s-the-best-young-quarterback debate. The hate for Pittsburgh wasn’t as great as it would become years later, but Patriots fans still wanted Roethlisberger and the Steelers to lose.
Super Bowl XLI (Indianapolis Colts vs. Chicago Bears): Basically, the same logic. The Colts had just beaten the Patriots in the AFC Championship Game, and Peyton Manning and Brady had become fierce rivals.
Super Bowl XLII (Patriots vs. New York Giants): The Patriots were undefeated.
Super Bowl XLIII (Steelers vs. Arizona Cardinals): With a win, Roethlisberger would earn his second Lombardi Trophy, putting him one behind Brady’s three. The Steelers wound up getting the victory in dramatic fashion.
Super Bowl XLIV (New Orleans Saints vs. Colts): Manning was playing. Enough said.
Super Bowl XLV (Green Bay Packers vs. Steelers): Another Roethlisberger game. Big Ben had an opportunity to tie Brady with three Super Bowl titles, but he lost. Also, it was early, but Patriots fans already were uneasy about the ascendance of Aaron Rodgers, who appeared primed to supplant Brady as the NFL’s best QB.
Super Bowl XLVI (Giants vs. Patriots): Self-explanatory.
Super Bowl XLVII (Baltimore Ravens vs. San Francisco 49ers): New Englanders at this point hated the Ravens, who beat the Patriots in the AFC title game. However, this was less about wanting Joe Flacco to fail and more about wanting Terrell Suggs and Ray Lewis to lose.
Super Bowl XLVIII (Seahawks vs. Denver Broncos): Patriots fans wanted Manning to come up short in his bid for a second Lombardi Trophy, and they got their wish.
Super Bowl XLIX (Patriots vs. Seahawks): Besides the obvious, Deflategate added another massive layer of motivation for the Patriots and their fans. On that note, the dumbest controversy in NFL history somehow found its way into the news last weekend.

Super Bowl 50 (Broncos vs. Panthers): Patriots fans wanted Manning to fail in his final game, but they wound up being disappointed.
Super Bowl LI (Patriots vs. Atlanta Falcons): Perhaps more than anything, this game gave Brady an opportunity to cement his status as the greatest quarterback in NFL history. We all know what happened.
Super Bowl LII (Eagles vs. Patriots): If Brady’s G.O.A.T status wasn’t solidified the previous year, the case could’ve been closed with a win over the Eagles. Again, we all know what happened.
Super Bowl LIII (Patriots vs. Rams): Playing for perhaps the easiest Patriots team to root for since the early dynasty days, Brady got another crack at Lombardi No. 6 — and he delivered.
Super Bowl LIV (Kansas City Chiefs vs. 49ers): In just his second year as a starter, Patrick Mahomes was giving off “next Tom Brady” vibes. Patriots fans never will stop rooting for such a quarterback to lose. Also, former Brady backup Jimmy Garoppolo provided another fascinating Patriots-related storyline to this game.
Super Bowl LV (Buccaneers vs. Chiefs): For many, this felt like a knock-off Patriots Super Bowl, with Brady vying for his seventh Lombardi Trophy. Any bandwagon New Englanders wanting to root against Brady found no luck with Mahomes on the opposite sideline. This was a very strange experience for Patriots fans.

And, so, we arrive at Sunday’s Big Game, with easy-to-root-for Joe Burrow squaring off against Matthew Stafford, whom only Rams fans, Detroit Lions fans and Dan Orlovsky feel strongly about. Yeah, the Rams have some connection to the Patriots and the Bengals are a classic Cinderella story, but we doubt any non-betting New Englanders will lose sleep over whatever happens Sunday night. Maybe someone out there really hates Sony Michel, or something.

Of course, Patriots fans wish their team were playing for an NFL championship in Los Angeles. And, at one point this season, it looked as if Bill Belichick’s team had a real shot at going all the way. But being able to sit back and enjoy Super Bowl weekend for once isn’t such a terrible consolation. 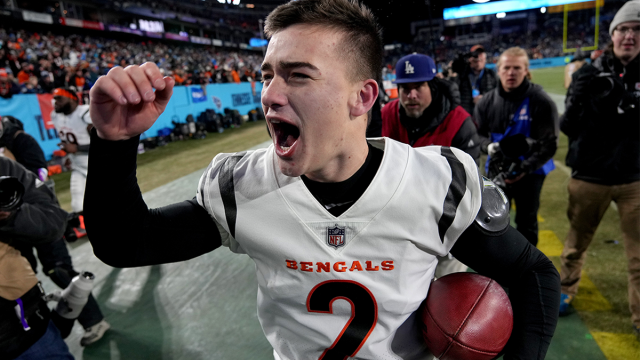 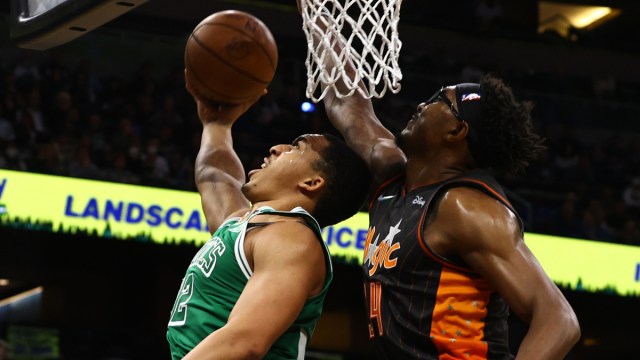