If the New England Patriots choose to address their need for top-end receiver talent through the 2022 NFL Draft, they’ll have no shortage of options.

Ahead of the 2022 NFL Scouting Combine, which kicks off Tuesday in Indianapolis, NFL Media draft analyst Daniel Jeremiah spotlighted five wideouts who would be good fits for New England’s Mac Jones-led offense.

The top two on Jeremiah’s list: Ohio State’s Chris Olave and Penn State’s Jahan Dotson, who could be in play for the Patriots at pick No. 21 overall.

“I think there’s a ton of guys in that range,” Jeremiah said Friday in a conference call with reporters. “The two guys I would keep an eye on with that first-round pick who I think are going to probably come off the board right around there — now, I say that going into the combine, know that — I’m talking about Chris Olave from Ohio State and Jahan Dotson from Penn State. Both these guys are going to run in the 4.3s, so they’re going to fly around in Indy, and maybe that helps elevate them up the board a little bit. But both those guys are pristine route runners with big-time speed, and I think that would give them some play-making ability.

“Talk about Mac and the deep ball he was able to throw in college. He throws a beautiful touch deep ball. When you got guys that can get over the top, takeoffs, posts, double moves, things like that, that’s what Olave and Jahan Dotson can do.”

Olave, a versatile player who also was a factor on special teams for the Buckeyes, has garnered comparisons to Washington Commanders standout Terry McLaurin. NFL Media’s Lance Zierlein comped Dotson, who also can play outside or in the slot, to Emmanuel Sanders, who nearly became a Patriot earlier in his career.

“I think Dotson for me, I think he has the best hands in the draft,” Jeremiah said. “He really attacks the football. He’s got outstanding ability to adjust. He can catch it back hip, above the rim. You name it, he can do it. So he’s a really intriguing player to me.

“Both these guys, I think the reason why they would be there in the 20s is because of the play strength question. Both of them are going to be under 190 pounds, and you just wish they were a little bit physically stronger. But I think both of them come off the board in that range.”

Jeremiah also mentioned Alabama’s Jameson Williams as a potential first-round option for New England, saying Williams, who transferred into Tuscaloosa after Jones left for the NFL, might be a top-10 pick if he hadn’t torn his ACL in the national championship game. He caught 79 passes for 1,572 yards and 15 touchdowns in 15 games this past season.

Williams won’t test at the combine as he recovers from his injury. Nor will college teammate and fellow early-round prospect John Metchie, who suffered a torn ACL in the SEC Championship Game.

“Man, it could end up being a tremendous value for somebody towards the bottom of the first round if (Williams) ends up sliding down there,” Jeremiah said.

If the Patriots wait a bit to address their wideout need, Jeremiah pointed to Western Michigan’s Skyy Moore (“I saw some Antonio Brown traits from him when you studied him”) and North Dakota State’s Christan Watson (“Had an awesome week down there at the Senior Bowl”) as two players who could pique their interest on Day 2 or 3.

New England received solid production of Jakobi Meyers and Kendrick Bourne this season but lacked the type of premier, game-changing wideout that most of the NFL’s top teams featured. Adding one this offseason — through the draft, free agency or trade market — could help facilitate a Year 2 leap from Jones.

The Patriots have drafted just one wide receiver in the first round under Bill Belichick (N’Keal Harry, 2019) and haven’t taken one in the second or third round since Aaron Dobson in 2013. But Jeremiah sees a wealth of candidates in this year’s class. 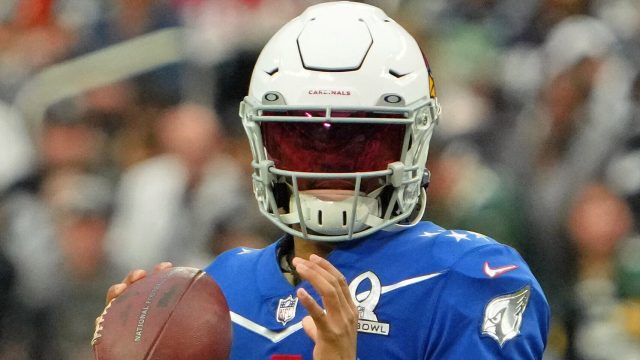 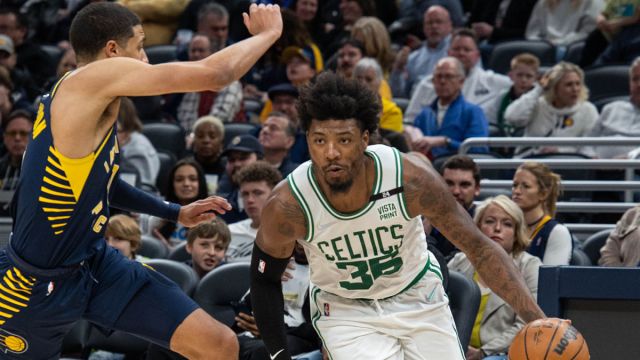