Yes, Brad Marchand deserves plenty of credit for the Bruins’ defeat of the San Jose Sharks, considering he scored Boston’s first two goals. But goaltender Jeremy Swayman was a crucial part of the victory, especially as the Sharks moved in on an offensive onslaught in a one-goal game in the final minutes.

Swayman made four crucial saves late in the third period, at one point laying out to make a perfect glove save and stop San Jose’s momentum. Describing it hardly does it justice, but the Bruins tweeted out video of the save — in close-up, slow motion glory.

Swayman — who was praised by head coach Bruce Cassidy prior to Saturday’s game — finished the night with 15 saves in what turned into a 3-1 Boston victory. 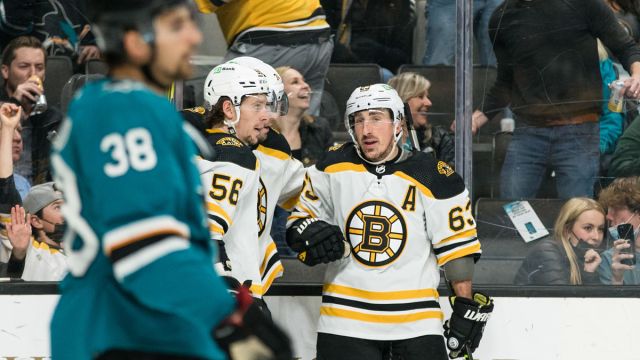