It’s Harvard’s first Women’s Beanpot title since 2015. The Crimson now have 15 total Beanpot championships in school history. Although it was a huge night for Harvard at Matthews Arena, it wasn’t just a success for them.

The 2022 Women’s Beanpot has come and gone and there was two massive takeaways from the tournament. First off, all four teams competed hard and made each game exciting. It was great all-around hockey. Secondly, the fans were electric in Matthews Arena both nights of the tournament — even during the consolation game.

After a year off, the event didn’t miss a beat. It went off without a hitch and you could feel the excitement in the air. The crowds — many of whom were youth hockey players — were into the action and really showed the importance of the event.

When you break down the Beanpot, it’s two games for each team that doesn’t really impact playoff hopes and mainly is for bragging rights. But it was much more than that to the players on the ice — both on the winning and losing side — and fans in the stands. From the little kids who hope to one day play for one of the four squads, to the student sections and parents cheering in the stands there was a real buzz in the air.

Harvard senior forward Becca Gilmore — who netted the tournament-winning goal Tuesday — glowed about the tournament afterward and you could tell how meaningful it was being back, especially after Harvard’s entire 2020-21 season was canceled amid the COVID-19 pandemic.

“Amazing,” Gilmore said. “You can’t take any game for granted and I think that’s something that is definitely in our hearts when we go out there and play. You never know when it’s going to be your last game and we learned that the hard way. We had to sit out while these three teams got to have seasons so it felt incredible to be back here. It’s awesome.”

Northeastern forward Maureen Murphy — who shined in the consolation game with a hat trick — transferred over from Providence and experienced her first Beanpot this year. It surprised her.

“I definitely didn’t expect it to be as intense as it was,” Murphy said. “I think as an outsider you’re not aware of all the hype and just the energy inside the building. It felt like we were in a playoff game and I wasn’t really expecting that. To have the support of the (Northeastern fan section) and a lot of our family and friends here was really awesome.”

Harvard took home the crown this year but the beauty is that now we turn our focus to 2023 when these four teams get back on the ice again to duke it out.

Here are other notes from Tuesday’s Beanpot games:
— Harvard and Boston College had a championship game for the ages but the Crimson were able to score last.

It was a back-and-forth affair at Matthews Arena and neither team was able to build more than a one-goal lead. Harvard scored first and then the two teams traded goals left and right the rest of the way, including an explosive five-goal third period capped off by Gilmore’s game-winner.

— Gilmore was named the 2022 Women’s Beanpot Most Valuable Player after scoring one goal — the most important of the tournament — and chipping in four assists across two games.

Boston College goaltender Abigail Levy was selected as the recipient of the Bertagna Award given to the best goaltender in the tournament. Levy was a brick wall between the pipes for Boston College stopping 99 shots throughout the two contests.

— The 2022 Women’s Beanpot may be over, but there’s still one more week of Beanpot hockey. The men’s tournament resumes Monday at TD Garden with Northeastern vying for its fourth straight title as it takes on Boston University with puck drop scheduled for 7:30 p.m. ET.

Boston College and Harvard will skate in the consolation game beginning at 4 p.m. ET. All coverage can be found right here on NESN. 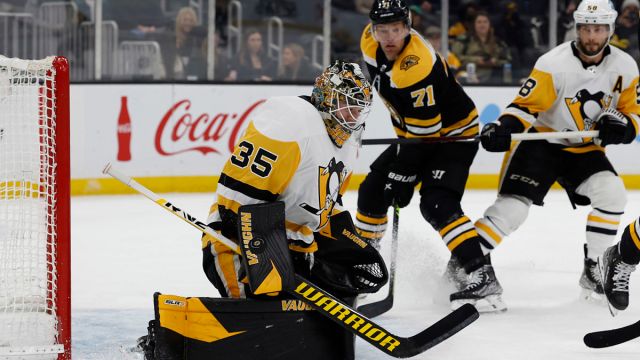 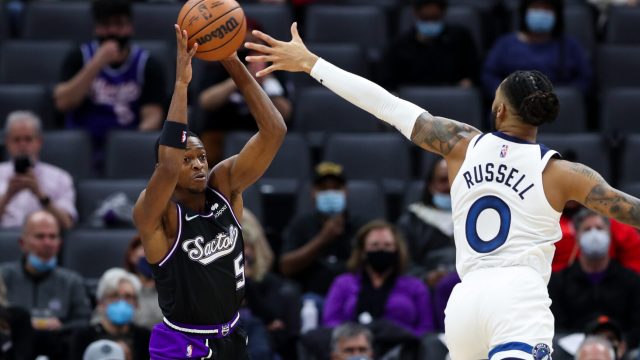