Cassidy noted Wednesday how any potential lineup change would be done in order to keep players who haven’t played recently motivated. It goes without saying Tuesday’s performance was not up to par with Boston’s previous 17 games (they went 14-2-1).

The Bruins next take the ice Thursday against the New Jersey Devils, and it feels like the defense will be where any potential change occurs. But what should those tweaks include?

Here are two options the Bruins could explore:

Mike Reilly in, Connor Clifton out
Clifton didn’t play his best hockey against Toronto as the defenseman finished with a minus-2 on the night. With Cassidy wanting to move some players into the lineup who haven’t played in some time, the first name that comes to mind is Reilly.

Reilly hasn’t skated in a game since March 21 against the Montreal Canadiens as the Bruins acquiring Hampus Lindholm caused Reilly to be the odd man out. Reilly, however, after seeing how he played in a playoff push last season, could provide the Bruins a spark. At his best, Reilly can be a good, offensively-gifted defenseman who fills his role well on the defensive end.

The defenseman is good at opening up the ice with a plus-skating ability. Reilly will be playing with a chip on his shoulder following the healthy scratches, resulting in him potentially reaching the level of play he had in the 2020-21 season.

Keep Hampus Lindholm and Charlie McAvoy together
Lindholm has been as advertised since arriving in Boston. His play in Tuesday’s loss was one of the bright spots in a rather tough night. Cassidy moved Lindholm around a bit Tuesday to give him a feel with both McAvoy and Brandon Carlo, but it was clear he played better with the former. Lindholm and McAvoy seemingly have already gelled and present the potential to be one of the best duos in the NHL.

While their abilities could benefit the team if separated, with the Bruins gearing up for the playoffs, it feels like the bigger advantage would be to have the two playing together nearly 30 minutes a night. Allowing them to mold as a unit and grow beyond three games is necessary for Boston’s long-term success.

Bruins fans will get an indication of Cassidy’s outlook as Boston tries to get back on track against the Devils. Puck drop is set for 7 p.m. ET, and you can watch it live on NESN. 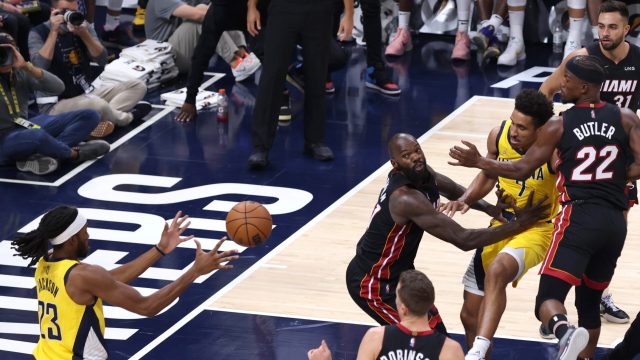 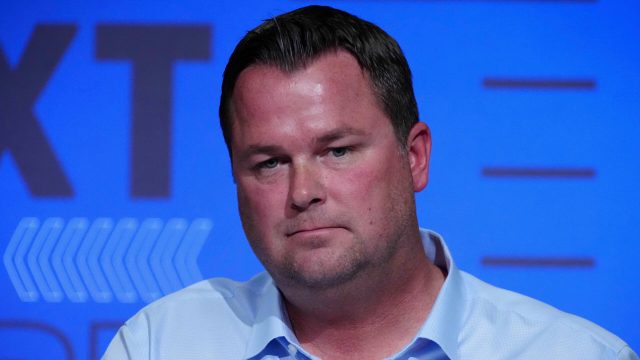 Desperate Panthers May be 'Forced' to Select QB at No. 6