The Bruins had their five-game win streak snapped by the Anaheim Ducks on Tuesday night, but Bruce Cassidy does see some positives from the loss.

Boston allowed Trevor Zegras to score on the power play with 22 seconds left to seal the win for Anaheim. The Bruins once again struggled on the power play, and the fourth line really was the lone bright spot in the game thanks to two points from Nick Foligno.

The Bruins found themselves down 3-1 at the end of the first but eventually tied the game at 3-3 on a David Pastrnak goal. But despite being down two goals at the end of 20 minutes, Cassidy was encouraged by Boston’s ability to fight back.

“Typically, back-to-backs we’ve been fine, but the first period is usually the period you’ve got to get through,” Cassidy told reporters after the game, per team-provided audio. “To be perfectly honest, it’s what, 1-1, with a few minutes to go? It looked like we were going to get through it even though we weren’t at our best. We gave up a few early and then we just had some bad breakdowns. We didn’t manage pucks, didn’t protect the front of our net. All of a sudden, it’s 3-1.

“The positive of this is we found a way to get back in the game. Some of these games have gone 6-1, 7-1 against this year. That was one good thing, in the middle of a road trip when maybe fatigue could’ve set in, we found another gear.”

It certainly could have been worse for the Bruins, but this is a crucial time for them to break away from the Washington Capitals for the NHL’s first wild-card spot and to gain ground on the Toronto Maple Leafs in the Atlantic Division.

The B’s will return to action Thursday night against the Vegas Golden Knights at 9 p.m. ET. 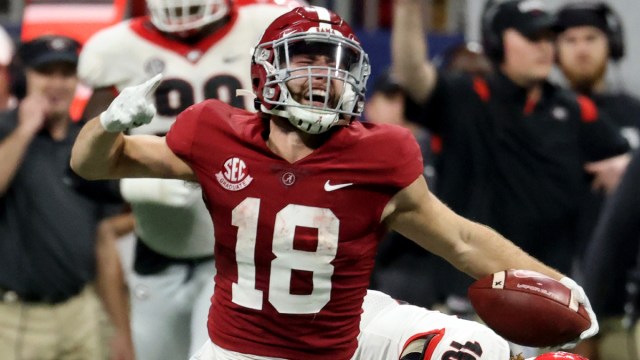 This Late-Round Receiver Prospect Sounds Like Perfect Fit For Patriots 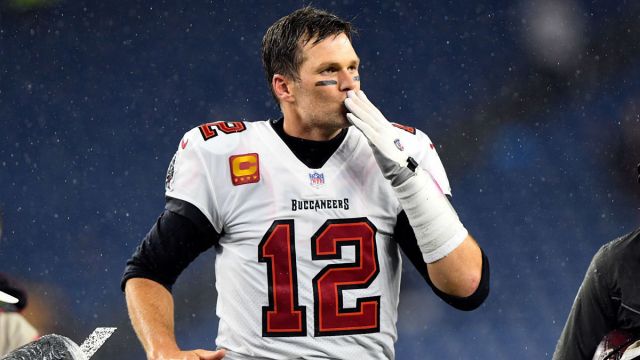