The Boston Bruins were playing some great hockey even if the score didn’t say it.

Boston defeated the Chicago Blackhawks in overtime by a score of 2-1 as Matt Grzelcyk scored the game-winner off a slick pass from Taylor Hall.

Bruins head coach Bruce Cassidy discussed what he liked out of the Black and Gold in the victory and the no-goal Charlie Coyle had in the third period.

To hear what Cassidy had to say, check out the video above from “Bruins Overtime Live,” presented by New England Toyota.

Linus Ullmark Made Some Important Saves As Bruins Beat Blackhawks 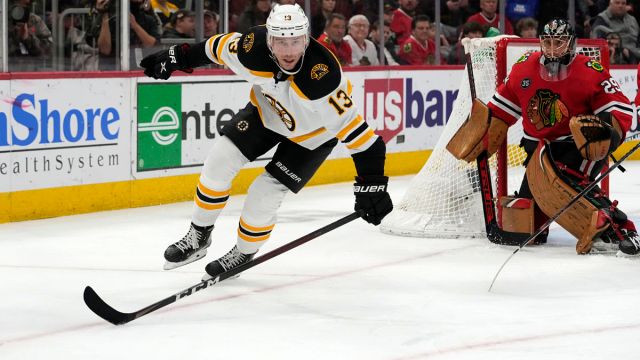