The Bruins followed up the NHL trade deadline with a contest against the Montreal Canadiens on Monday night, and while they needed overtime against an inferior opponent, Boston ultimately pulled out a 3-2 victory at Bell Centre following a Brad Marchand game-winner.

It marked the second straight win for the Bruins as Boston improved to 39-19-5 on the season while Montreal fell to 17-36-10.

ONE BIG TAKEAWAY
At this stage of the season, points undoubtedly are at a premium, and the Patrice Bergeron-less Bruins walked away with two of them Monday against the Canadiens. With the win and the Maple Leafs off for the night, Boston jumped into a tie for the third spot in the Atlantic Division (83 points with Toronto) for the first time this season.

It made it a bit more noteworthy that the Bruins were able to do so without the team’s captain, and while not having their best effort with a disappointing second (and start of third) period.

STARS OF THE GAME
— Marchand scored a pair of goals, including the game-winner 34 seconds into the extra period. It was the 17th regular-season overtime goal, which is the most in Bruins history, as shared on the NESN broadcast. And Marchand faked Montreal goaltender Jake Allen (43 saves) out of his shorts on the tally.

— Jeremy Swayman finished with 26 saves on 28 shots against the Canadiens. The second goal Swayman allowed came on a Montreal 2-on-0 breakaway after a Marchand turnover.

— Connor Clifton earned his second two-point game of his career Monday. Boston’s defenseman scored the game-tying goal for the Bruins at 17:01 of the third period after assisting on Marchand’s first tally. Clifton, who likely will be competing for a spot in the lineup given the recent addition of Hampus Lindholm, finished with four shots in 16 minutes of ice time.

WAGER WATCH
Marchand scored the first goal of the game at 9:21 of the first period, and if you placed a wager on the top-line winger to start the scoring it paid out 9-to-1 at DraftKings Sportsbook. Marchand was +110 as an anytime goal scorer, as well.

ON DECK AT NESN
The Bruins return to TD Garden on Thursday as they get set to host the Tampa Bay Lightning. Puck drop is set for 7 p.m. ET following a full hour of pregame coverage on NESN. 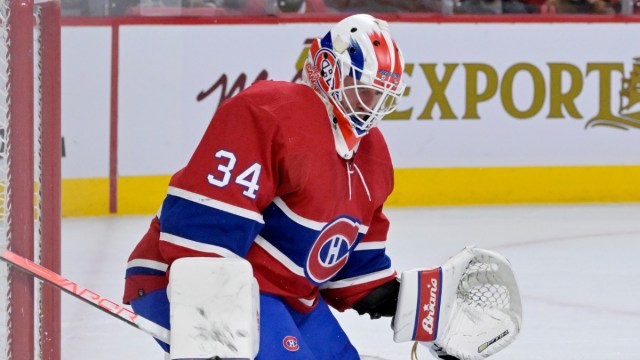 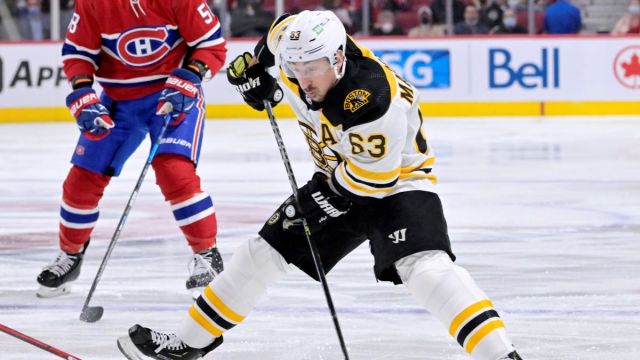