Erik Haula may not be the flashiest player on the Boston Bruins, but he’s certainly doing his job.

The 30-year-old was signed by Boston as a free agent before the 2021-22 season and kicked off the campaign as bottom-six forward. Injuries, COVID-19 and inconsistent play shook up the lineup and he’s since found himself on the second line centering elite wingers David Pastrnak and Taylor Hall.

The trio have thrived since they came together and head coach Bruce Cassidy praised Haula for playing his part before Tuesday’s tilt against the Anaheim Ducks.

“I think he’s got two high-end guys that are hitting it off so first of all, he’s not in the way muddling it up,” Cassidy said via team-provided audio. “That can happen sometimes and a guy demanding pucks in certain areas. He hasn’t done that and has been really good about accepting that those guys are going to make plays, I’m going to get open so when it’s my turn like last night to be on the receiving end of one or initiate one. So that’s the offensive piece of it.

“Through the neutral zone rush he’s worked hard on his face-offs. We can use him on O-Zone draws because we like to run plays off draws,” Cassidy continued. “I think it’s just him being responsible if those guys are wheeling one night to make sure he’s the high forward and getting back so it’s not just trading chances all night.”

Haula may not be producing as many points as Pastrnak or Hall, but his presence is being felt on the ice and it’s helping the Bruins rack up wins. 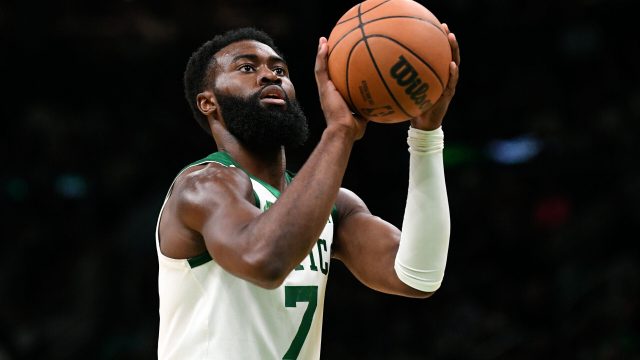 Boston's Jaylen Brown Will Not Return To Game vs. Hawks 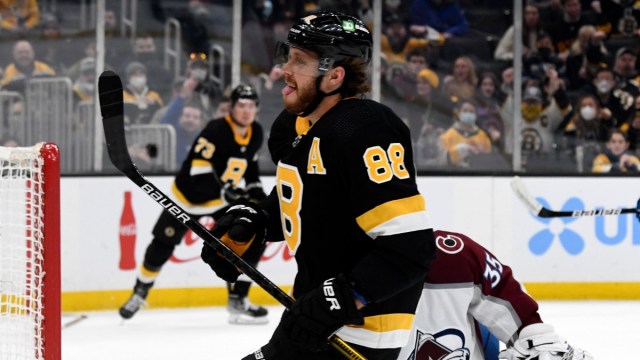