Mac Jones and the New England Patriots now have a lot more competition in the AFC.

All signs pointed to Jones’ sophomore season being a chance to grow on a successful rookie year, after the first-rounder helped New England to the playoffs before a wild-card exit. The recent and nearly-completed quarterback carousel in the AFC, however, leaves both the Patriots and Jones playing catch up.

The AFC has seen a complete power shift in an offseason which isn’t over yet. The Denver Broncos went out and acquired Russell Wilson, the Cleveland Browns completed a blockbuster for Deshaun Watson, and most recently the Indianapolis Colts added former NFL MVP Matt Ryan to help them compete for a Super Bowl. On a lesser note, the Pittsburgh Steelers also signed Mitchell Trubisky, who is more than likely an upgrade over the now-retired Ben Roethlisberger.

Following these transactions, making the playoffs in the AFC will be much harder for Jones and the Patriots. Jones, who was a Pro Bowl replacement, is no longer one of the top 10 quarterbacks in the conference after the movement around the league. That, along with limited moves by the roster, could set up the Patriots to fail more than succeed in the upcoming season.

Jones already had to compete with Josh Allen and the Buffalo Bills twice in the 2022 season. Now he’ll also have to face three of the quarterback-improved teams (Browns, Colts and Steelers) in the upcoming campaign. The second-year quarterback is going to be asked to keep up with these teams — have you seen the AFC West? — while the Patriots have added just Ty Montgomery to their offense outside of a returning James White. Not to mention the fact Jones will be without a pair of starting offensive linemen after trading Shaq Mason (Buccaneers) and watching Ted Karras leave for Joe Burrow’s Cincinnati Bengals.

Jones doesn’t have the same elite ability or game-altering weapons at this stage to compete with what is now a top-loaded AFC. If we were to break it down into tiers, Jones would be in the same tier as Miami Dolphins quarterback Tua Tagovailoa and Jacksonville Jaguars quarterback Trevor Lawrence. The only names below them would be Mitchell Trubisky, Zach Wilson and Davis Mills while Patrick Mahomes, Justin Herbert, Joe Burrow, Lamar Jackson, Derek Carr, Ryan Tannehill, Allen, Wilson, Watson and Ryan (in some order) rank ahead.

It is not a knock on Jones, who is still figuring out who he is as an NFL quarterback, but more so credit to what the AFC has become in a matter of a month. It won’t be a make-or-break year for Jones, however, overall expectations should be lower for the team itself. 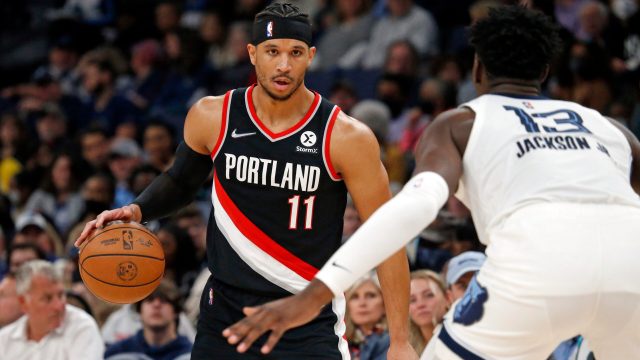 Blazers' Josh Hart Ruled Out vs. Spurs on Wednesday 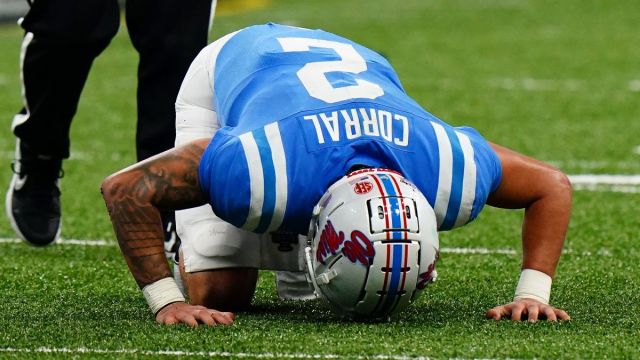 NFL Draft Odds: Hammer This Under For Quarterbacks In Round One