Bruce Arians admitted that Tampa Bay Buccaneers quarterback Tom Brady played a role in him deciding to retire from coaching, but not in the way that some will be quick to infer.

Arians, while speaking to NBC Sports’ Peter King, who was the first to report the retirement, acknowledged that Brady coming out of retirement encouraged him to make his own decision to move on given the organization is in a good place.

“It hit me after the Super Bowl,” Arians told King, referencing Tampa Bay winning the title in Brady’s first season with the franchise. “I thought really hard about going out on top. Then it was like, nah, let’s go for two. (The 2021 season) was a grind with all the injuries but still winning and getting to where we got. Immediately after, two to three weeks afterwards (I thought) … if I quit, my coaches get fired. I couldn’t do it then.

Arians continued: “Tom was kind of the key. When Tom decided to come back … and all of these guys back now, it’s the perfect timing for me just to go into the front office and still have the relationships that I love.”

Former Buccaneers defensive coordinator Todd Bowles will take over the head coaching duties from Arians. Bowles was Arians’ choice to take over the job in Tampa Bay, and Arians essentially indicated how Brady’s return made him think Bowles had a better chance of taking over.

“Succession has always been huge for me,” Arians told King. “With the organization in probably the best shape it’s been in its history, with Tom Brady coming back … I’d rather see Todd in position to be successful and not have to take some (crappy) job.

“I’m probably retiring next year anyway, in February. So, I control the narrative right now. I don’t control it next February because (if) Brady gets hurt, we go 10-7, and it’s an open interview for the job,” Arians continued. “I got 31 (coaches and their) families that depend on me. My wife is big on not letting all those families down.”

Arians clarified that Brady ending his retirement did not create a bad situation in which the quarterback forced him out, as some may be led to believe.

“No,” Arians said. “No. Tom was very in favor of what I’m doing. I mean, I had conflicts with every player I coached because I cussed them all out, including him. Great relationship off the field.”

Arians served as head coach in the NFL for eight seasons, but has been in the league since 2001. He spent the last three campaigns in Tampa Bay while claiming a pair of Coach of the Year honors. 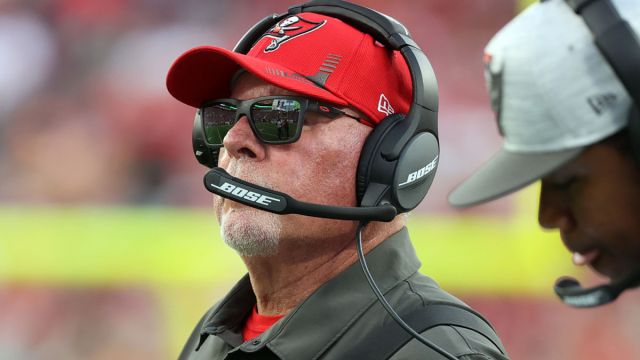 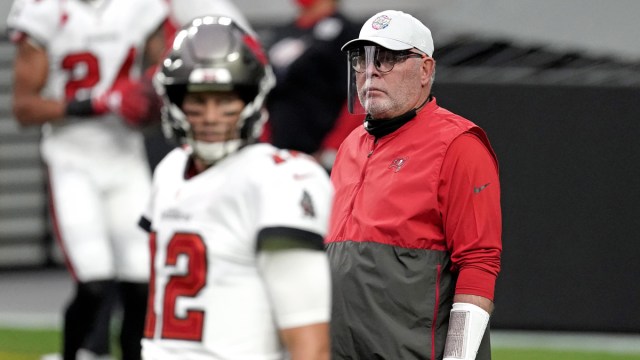