The Boston Celtics bested the Brooklyn Nets on Sunday at TD Garden, with the hosts earning a 126-120 victory. Jayson Tatum logged 54 points in the victory, tying a Celtics record for most 50-point games in a single season, and his impact was not lost on his opponents.

Former Celtics guard Kyrie Irving, who did not exactly receive a warm welcome from fans, singled out Tatum when speaking to reporters after the loss. Irving had a simple answer when asked what the biggest difference between the two teams was: “Jayson Tatum.”

“Whenever he has a big offensive game like that, it kind of loosens everybody else up on the court,” Irving told reporters in a post-game press conference, as seen on league-provided video. “They start getting easy ones in transition, their defense picks up and then you just see the level of intensity pick up on their end.”

Kevin Durant, who recently returned from an injury, also praised Tatum for his recent efforts.

“He’s an elite shot-maker,” Durant told reporters. “He’s been knocking them down, playing with confidence.”

The Celtics are red-hot right now, and Tatum is just one part of that, as Jaylen Brown pointed out following the big win. 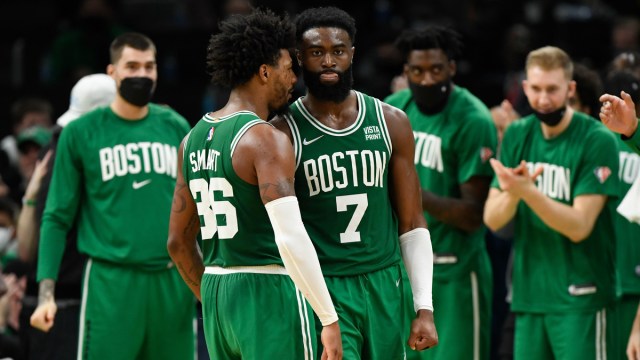 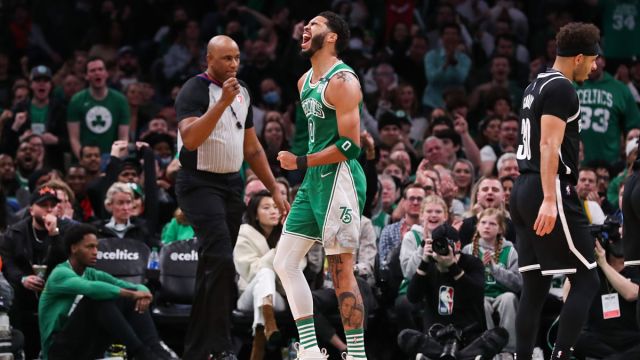