As the Patriots progressed through what thus far has been a slow free agency period for New England, they had their eye on an intriguing free agent linebacker.

The Patriots showed interest in Dallas Cowboys inside ‘backer Leighton Vander Esch, according to a report Friday from Mark Daniels of the Providence Journal. But shortly after that report came down, Vander Esch reportedly re-signed with Dallas on a one-year deal.

The 26-year-old Vander Esch appeared on our pre-free agency rundown of potential Patriots targets. Here’s what we wrote then:

Vander Esch was considered a potential Patriots target before the 2018 draft. He?s dealt with some injuries in Dallas and hasn’t been unable to replicate his stellar rookie season, when he posted 140 tackles and was a Pro Bowler and second-team All-Pro. But the Boise State product boasts an impressive size/athleticism profile, ranking in the 87th percentile or higher in the three-cone drill, short shuttle, vertical jump and broad jump at 6-foot-4, 256 pounds at his combine. For a linebacking corps that needs to get more athletic and explosive, he’d be an intriguing pickup.

Neck issues caused Vander Esch to miss seven games in 2019 and six in 2020, but he returned to play in every game this past season, starting all but one.

Though his injury history is concerning, Vander Esch would have filled a clear need for New England, as 2021 linebackers Dont’a Hightower, Ja’Whaun Bentley, Kyle Van Noy and Jamie Collins all are free agents who have yet to sign. The Patriots swung a trade for Cleveland Browns inside linebacker Mack Wilson, but he won’t enter training camp as a no-doubt starter.

While big names at many other positions have been scooped up, the off-the-ball linebacker market has been slower to develop, with eight-time Pro Bowler Bobby Wagner among the names still available. 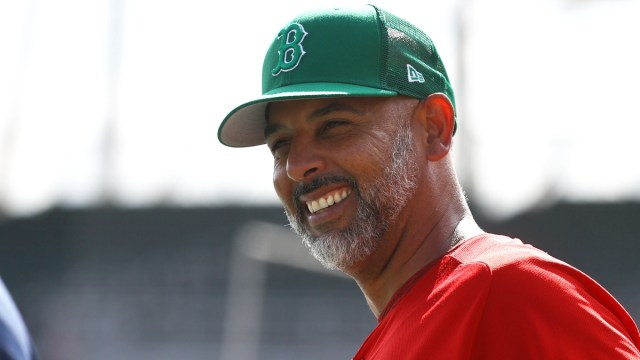