The subject of Bill Belichick’s most infamous coaching decision reportedly is getting a second chance in New England.

The Patriots are hosting Malcolm Butler for a tryout Monday as the veteran cornerback pursues an NFL comeback, according to a report from The Boston Globe’s Ben Volin.

Butler, the hero of Super Bowl XLIX for his iconic game-sealing interception, last played for New England during the 2017 season, which ended with his stunning benching against the Philadelphia Eagles in Super Bowl LII. The Patriots lost that game 41-33, and four years later, Belichick still has yet to offer a concrete explanation for why he sat Butler, who’d played 98% of defensive snaps that season and 100% in each of the first two playoff games.

Butler signed a five-year, $61 million contract with the Titans during the 2018 offseason and spent three seasons in Tennessee, playing under former Patriots linebacker Mike Vrabel. During a round of Patriots-Titans joint practices in 2019, he cracked jokes about Belichick’s Super Bowl decision and said he harbored no ill will toward the head coach or the Patriots organization.

“I enjoyed my time (in New England),” Butler said. “Everything happened for a reason, and I’m still happy. I’m still in the NFL. I still have a great relationship with those guys. It’s all good. … It’s the past, man. I’m past that.”

The Titans released Butler after he tallied four interceptions, 14 passes defended and a career-high 100 tackles in 2020. He signed with the Arizona Cardinals and participated in training camp before retiring due to personal reasons days before the start of the 2021 season.

Asked about Butler shortly after that announcement, Belichick offered a glowing review of the undrafted free agent-turned-Patriots Super Bowl star.

“Malcolm’s a great story,” Belichick said on WEEI’s “The Greg Hill Show” last September. “You’re talking about a kid that’s undrafted, really couldn’t even get into a training camp. And then, when we brought him up here for a rookie minicamp tryout — he wasn’t even signed when brought him up here — to see the fact that he had talent, and to see him grow and develop as a player, as a person when he was here, and what his four years of play here meant to this organization, it’s pretty impressive.

“I always enjoyed coaching Malcolm, and I have a lot of respect for the way he competed and what he did, very similar to (former Patriots receiver) David Patten, coming from nowhere and establishing (himself) and having a really good NFL career.”

The 32-year-old Butler started 48 games over his four seasons with New England, making one Pro Bowl and one All-Pro second team and earning a spot on the franchise’s All-Decade Team. His return would fill a glaring need for the Patriots, who lost top cornerback J.C. Jackson to the Los Angeles Chargers in free agency and thus far have signed only journeyman Terrance Mitchell to replace him.

Since deciding to return to football, Butler also has taken tryouts with the Houston Texans and Las Vegas Raiders, per Volin’s report, both of whom are led by ex-Patriots coaches and/or executives. 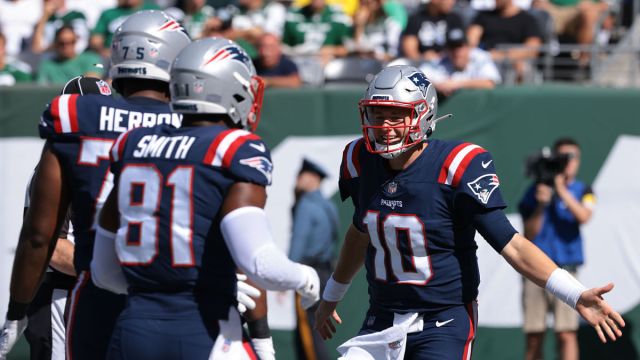