The Seattle Seahawks on Tuesday traded quarterback Russell Wilson to the Denver Broncos in a blockbuster deal that shook the NFL landscape.

It was a shocking move, seemingly from out of nowhere mere hours after it was reported that Aaron Rodgers would remain with the Green Bay Packers on a record-setting contract extension, but the reality is the writing had been on the wall. Wilson’s relationship with the Seahawks had deteriorated to the point where his agent last year even released a list of approved trade destinations.

The list — comprised of the Dallas Cowboys, New Orleans Saints, Chicago Bears and Las Vegas Raiders — didn’t include the Broncos, but Denver evidently submitted an offer that Seattle couldn’t refuse. And alas, Wilson is off to the Mile High City, where he’ll compete with the likes of Patrick Mahomes, Justin Herbert and Derek Carr in a stacked AFC West.

So, what happened? Why did everything go sideways for Wilson and the Seahawks, who made two Super Bowl appearances during his 10-year tenure, beating the Denver Broncos to cap the 2013 season and losing to the New England Patriots in the final game of the 2014 campaign?

The Athletic answered those questions in a piece published Wednesday, and it’s clear Wilson and the Seahawks — including head coach Pete Carroll — no longer were on the same page. A split became inevitable despite a successful decade.

Below is an excerpt from The Athletic:

Several sources described the end of the relationship between Wilson and the Seahawks as a divorce in which both sides contributed to the dissolution. Wilson felt the team’s personnel misses and devotion to Carroll’s old-school offensive philosophy were holding him back and damaging his legacy. Carroll wasn’t going to abandon the formula Wilson and the Seahawks had used to claim the only Super Bowl championship in franchise history.

Wilson’s agent, Mark Rodgers, reportedly had reached out privately to reporters for years with harsh criticism of Seahawks management, and sources told The Athletic the organization had become frustrated with frequent leaks regarding the QB’s displeasure.

“Some teammates said they sensed this year that Wilson had checked out,” The Athletic wrote Wednesday, offering a perfect encapsulation of the Seahawks’ 2021 season, in which they went 7-10 and missed the playoffs for just the second time in Wilson’s NFL career.

The Seahawks ultimately might have been enamored with the haul — Denver agreed to trade two first-round picks, two second-rounders, a fifth-rounder, quarterback Drew Lock, tight end Noah Fant and defensive lineman Shelby Harris to Seattle for Wilson and a fourth-rounder — but they also might have been motivated to move Wilson at some point this offseason based on how the situation was trending. 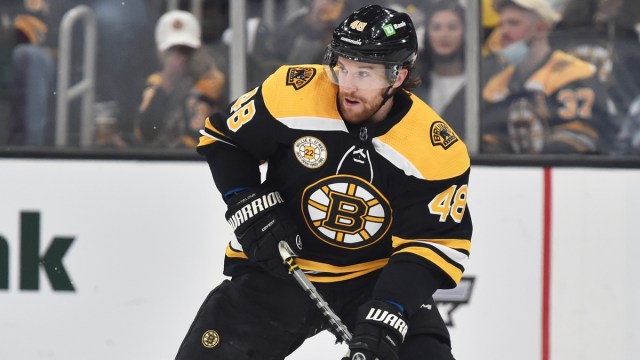 Matt Grzelcyk ‘Looks Good’ To Return To Bruins For Game Vs. Blackhawks 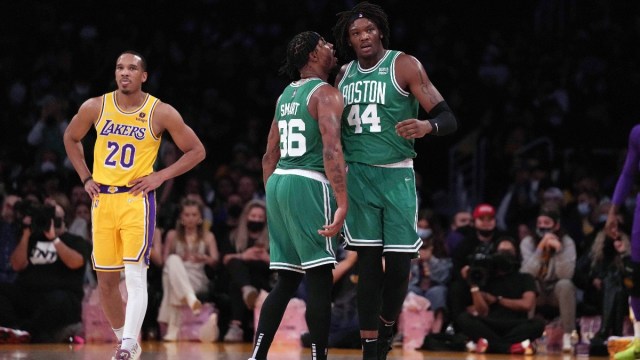