The Patriots-Calvin Ridley dream died Monday afternoon, but not all hope is lost for New England fans craving a receiver trade.

Ridley, who was floated as a potential Patriots trade target, was suspended indefinitely by the NFL on Monday for betting on games. The 27-year-old Atlanta Falcons receiver will miss at least the 2022 season and play under his current contract if/when he earns reinstatement.

(You can click here for more details on Ridley’s situation.)

With Ridley off the board, the Patriots now have fewer trade options to pursue in their offseason attempts toward improving the Mac Jones-led passing game. However, there still are quality players who could become available in the coming weeks and months.

Here are eight such receivers, broken down into two groups: four who’ve been mentioned in trade rumors, and four whom we came up with on our own because they at least make some sense.

Players brought up in actual rumors/reports
Robby Anderson, Carolina Panthers
A trade for Anderson might be the most realistic one on this list. The Patriots pursued the speedy receiver in free agency a couple of years ago and reportedly have kicked the tires on a trade this offseason. Such a deal could mark the end of Nelson Agholor’s time in New England. Anderson, who has two years left on his current contract, was electric in 2020, catching 95 balls for 1,096 yards and three touchdowns in his first season with the Panthers. But he regressed this season, hauling in just 53 passes for 519 yards and five touchdowns as Carolina’s offense was dragged down by rough quarterback play.

Cole Beasley, Buffalo Bills
The Bills recently granted Beasley permission to seek a trade, indicating his career in Buffalo is over. Beasley, 32, isn’t quite as good as he once was, but the veteran remains a capable slot receiver, the kind that could greatly improve the New England offense. In 16 games this season, Beasley, who has one year left on his deal, caught 82 passes for 693 yards and a touchdown. Two things make this trade unlikely: the unlikelihood of AFC rivals dealing with each other, and Beasley’s controversial political reputation.

Brandin Cooks, Houston Texans
The speedy Cooks popped up in trade rumors before the deadline and figures to be a fixture of the rumor mill this offseason. Yes, the Patriots have been there and done that with Cooks, but such things haven’t prevented Belichick from bringing back other familiar faces in recent years. Still just 28 years old, Cooks is coming off a season in which he caught 90 balls for 1,037 yards and six touchdowns for the Texans. The impressively consistent wideout has one year remaining on his current contract.

Andy Isabella, Arizona Cardinals
The UMass product generated buzz as a potential Patriots target ahead of the 2019 NFL Draft but wound up going to the Cardinals in the second round. It hasn’t worked out for Isabella in Arizona, and the Cardinals reportedly are allowing him to seek out potential trade partners. New England must improve at slot receiver, a role the shifty and still-talented Isabella could fill if the Patriots coach him up. Isabella, who has just 31 receptions over three seasons, is entering the final season of his rookie contract. Perhaps a damaged goods trade involving N’Keal Harry is worth a try?

Total speculation
Tyler Lockett, Seattle Seahawks
Why not? If Russell Wilson winds up getting traded this offseason, it stands to reason that Lockett could ask for a trade and try to avoid a potential rebuild. The Seahawks likely would receive significant compensation for the veteran wideout, who’s averaged 1,063 yards and nine touchdowns per season over his last four campaigns. Lockett, 29, has three years and $40.3 million remaining on his current contract, with each of the final two seasons carrying salary cap hits just under $24 million.

Adam Thielen, Minnesota Vikings
Thielen was mentioned in trade deadline chatter before the 2020 deadline and often is a target of rumor-mill speculation. There haven’t been any recent reports indicating the Vikings want to deal Thielen, but they’d be wise to consider moving on from the veteran’s large contract (three years, $39 million remaining). The 31-year-old Thielen is coming off a season that saw him catch 67 balls for 726 yards and 10 TDs in 13 games. Injuries, age and contract details all are concerns in a potential trade, but Thielen remains a very good receiver.

Marvin Jones, Jacksonville Jaguars
The ever-underrated Jones caught 73 passes for 832 yards and four touchdowns in the first year of his two-year deal with the Jaguars. The Jags probably shouldn’t be in the business of taking weapons away from Trevor Lawrence, but Jones’ talent and reasonable 2022 salary (just under $5 million) could be attractive to teams desperate for receiver help. Plus, a report last year indicated the Patriots have been high on Jones for quite a while. He’ll turn 32 years old this Saturday.

DeVante Parker, Miami Dolphins
The divisional rival thing likely would prevent this deal from happening, too, but Parker nevertheless is someone worth bringing up. The 29-year-old has been a popular trade deadline name throughout his career and a change of scenery might make sense for both sides. The 2015 first-round pick played in 10 games this season, catching 40 balls for 515 yards and two touchdowns. The oft-injured Parker has two years and just over $11 million remaining on his current contract. 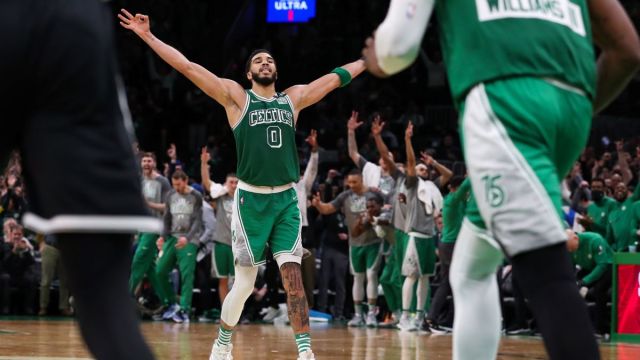 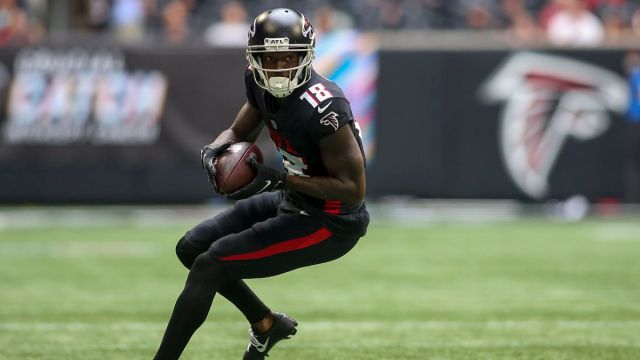 How Calvin Ridley Got Caught Betting On NFL Games Before Suspension