D.J. Chark Reportedly Joins Lions As Patriots Miss Out On Another WR Skip to content

You can forget about D.J. Chark, too, Patriots fans.

The 25-year-old receiver agreed to a one-year deal with the Detroit Lions worth up to $12 million with $10 million guaranteed, according to multiple reports. Adam Schefter of ESPN was first to report the news. The move offers a prove-it, value-increasing opportunity for Chark, who missed all but four games last season due to a serious ankle injury.

New England previously was identified as a potential landing spot for Chark. The former Jacksonville Jaguars wideout stands at 6-foot-4 and possesses high-end speed, which the Patriots could use more of at the receiver position.

There still are multiple free agent receivers available. The Patriots reportedly have shown interest in two of them — Marquez Valdes-Scantling and Allen Robinson — and also have looked into trading for Carolina Panthers wideout Robby Anderson. 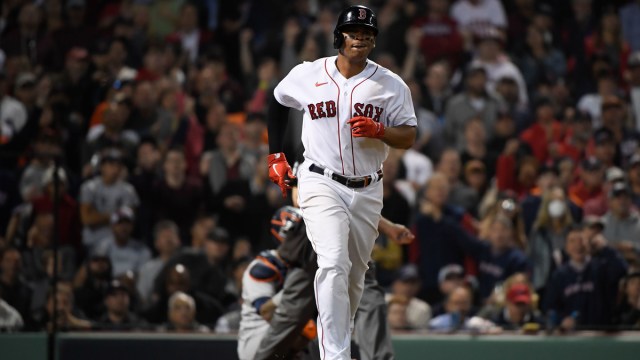