At this point, if the Patriots want to add a true top receiver, they’ll need to swing a trade or hit in the 2022 NFL Draft.

Allen Robinson on Thursday reportedly agreed to sign a three-year, $45 million contract that includes $30 million guaranteed. The 28-year-old joins the likes of Chris Godwin, Davante Adams, Mike Williams, Christian Kirk and D.J. Chark as receivers who entered the offseason as pipe-dream Patriots candidates but wound up signing (or re-signing) somewhere other than New England.

So, who’s left for the Patriots?

JuJu Smith-Schuster still is available, as is Odell Beckham Jr. However, given the former’s recent production and injury history, and the latter’s current ACL recovery, we’re not including him in the group of aforementioned players. The same is true for Julio Jones.

Moreover, you could argue the Patriots need to upgrade in the slot more than they do at boundary receiver, which would alter expectations and potential target lists. Either way, New England’s options are dwindling. (Note: The Patriots did sign hybrid back/receiver Ty Montgomery on Thursday, but he doesn’t really count.)

With that said, here are five quality receivers left on the open market, as well as a few honorable mentions:

JuJu Smith-Schuster
Age: 25
2021 stats: 15 catches for 129 yards (five games)
Still young and a year removed from a very productive season, Smith-Schuster remains a very talented receiver who might settle for a one-year, prove-it deal. That kind of move could be right in the Patriots wheelhouse as they clearly are hesitant to make a significant long-term investment on a receiver this offseason. Smith-Schuster’s best season came in 2018 when he caught 111 balls for 1,426 yards and seven touchdowns.

Jarvis Landry
Age: 29
2021 stats: 52 catches for 570 yards and two TDs (12 games)
Landry in his prime was a player who couldn’t have been a better fit for the Patriots. But now, with his age climbing and injuries mounting, Landry no longer is the player he once was. He still would be a quality addition, just not a true difference-maker. New England has yet to show strong interest in Landry, according to Mark Daniels of the Providence Journal.

Odell Beckham Jr.
Age: 29
2021 stats: 44 catches for 537 yards and five TDs (14 games)
Beckham and the Patriots have been connected since the Tom Brady years and, ahead of Super Bowl LVI, the star receiver admitted he nearly joined New England mid-season. However, the ACL tear he suffered in the Big Game — his second such history in the last two years — changed everything. There’s real doubt over whether Beckham will be able to play next season, and his days as an elite wideout might be over.

Julio Jones
Age: 33
2021 stats: 31 catches for 434 yards and one TD (10 games)
Jones is well past his prime and seemingly can’t shake his nagging hamstring injuries. The future Hall of Famer showed major signs of decline before the Atlanta Falcons traded him last offseason. For those reasons, and a few others, we don’t believe he makes sense for New England. That said, NBC Sports Boston’s Phil Perry on Wednesday kinda-sorta hinted that the Patriots might be interested in Jones.

Will Fuller
Age: 27
2021 stats: four catches for 26 yards (two games)
An explosive downfield threat when healthy, Fuller’s biggest problem is that, well, he can’t stay healthy. Since entering the league in 2016, Fuller has played in over 11 games just once and never has enjoyed a full season. He missed half of the 2018 campaign due to a torn ACL and sat out the rest of the 2021 season after breaking his finger in Week 4. Perhaps the Patriots would be interested in taking a flier on Fuller, but there are better options.

Honorable mentions: Cole Beasley; Sammy Watkins; Jamison Crowder; T.Y. Hilton
The Buffalo Bills on Thursday released Beasley, whose age (32) and controversial political views might scare off the Patriots. New England previously showed interest in the talented slot receiver, though. Watkins never has lived up to his potential and appears to be in decline. At this stage of his career, Crowder is a worse Jakobi Meyers. T.Y. Hilton either should return to the Indianapolis Colts or retire. 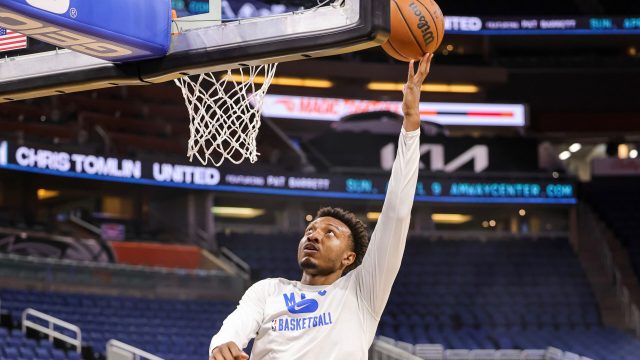 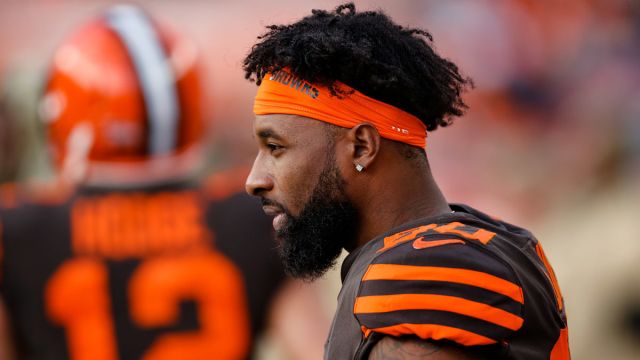