Before the start of the 2022 season, NESN.com is evaluating several noteworthy prospects in the Boston Red Sox organization, using insight and analysis from industry experts to gauge each player’s outlook for the upcoming campaign. First up: 2018 first-round pick Triston Casas.

You hear that sound? That’s Triston Casas knocking on the door for his big league debut.

Casas, the 26th overall selection in the 2018 Major League Baseball Draft, has impressed at every corner since joining the Red Sox system. The hulking first baseman now is on the cusp of reaching The Show, where an intriguing offensive profile could lead to stardom if all goes well.

So, what makes Casas such an exciting prospect? And when exactly will the 22-year-old earn a promotion and represent Boston at Fenway Park?

Here’s everything you need to know about Casas, arguably the franchise’s top prospect to begin 2022.

Casas’ story
Casas, a product of American Heritage High School in Plantation, Fla., graduated early so he could enter the 2018 MLB Draft. The Red Sox evidently were enamored with the potential he showed, both in high school and on the national stage. Casas was named MVP of the 2017 U-18 Baseball World Cup, leading the tournament in home runs and RBIs as Team USA emerged victorious.

His Red Sox career started off a little choppy, as he tore a thumb ligament in his second professional game and missed the remainder of the 2018 season. But he’s been very productive ever since, earning Red Sox Minor League Offensive Player of the Year honors in 2019 and maintaining an upward trajectory at each level.

The 2020 season was unique for everyone due to the COVID-19 pandemic, but Casas still made a strong impression by thriving at the Red Sox’s alternate site in Pawtucket. He followed that showing with an insanely busy 2021, in which he earned a promotion from Double-A to Triple-A, played for Team USA at the Tokyo Olympics and participated in the Arizona Fall League.

Casas, named to the All-Olympic Team for his performance in Japan, received a non-roster invitation to 2022 Red Sox spring training. He’s considered one of the top prospects across MLB, currently ranked No. 16 by MLB Pipeline and No. 19 by Baseball America.

Scouting report
Casas, listed at 6-foot-4, 252 pounds, looks like someone from a movie — a prototypical bopper who strikes fear in opposing pitchers.

“He is one of the most physically imposing baseball players I’ve ever seen,” Ian Cundall, director of scouting for SoxProspects.com, told NESN.com last week.

But don’t get it twisted: Casas is far more than just a slugger. He’s a complete hitter who doesn’t sell out for power, but rather uses all fields to maximize his impact in the batter’s box.

“He’s someone who has a two-strike approach, as has been well-documented. He has really good pitch recognition. He’s not afraid to just hit a single the other way. That’s his game, and I think that complete aspect of him is something that gets kind of lost when you look at the stats, and I think that’s what makes him as good a player as he is and why he’s going to be so successful in the future.”

Casas won’t provide a ton of defensive value, as he’s basically a first baseman at this point despite being drafted across the diamond at third base. But his offensive ceiling more than compensates for that lack of versatility in the field.

In fact, it’s unique to see someone with his build have such a pronounced two-strike approach, a trait that should serve him well at the next level when adjusting to major league pitching. Casas routinely chokes up on the bat and widens his stance so as to cover the plate and avoid going down by way of the K.

“If it works for him … If it ain’t broke, don’t fix it,” Cundall said of Casas’ two-strike adjustments. “It works for him, he’s comfortable with it and I’ve seen him homer off that. It’s not like he becomes a slap hitter. He still can impact the baseball from that. As long as he’s doing that, if it cuts down his strikeouts, isn’t that what baseball is trying to do right now? You know what I mean? They want more balls put in play. And if he thinks that he has a better chance with two strikes doing that, and he can have better plate coverage, it helps him see the ball better, then I don’t see any reason why you would stop him from doing that if he’s comfortable with it.”

An advanced approach, an excellent hit tool and evolving power. Yeah, there’s a lot to like about Casas.

It’s easy to get lost in prospect hype. Everyone loves to dream on the unknown, fantasizing about what could be if all the stars properly align. As such, we need to tread carefully. But Casas’ floor seemingly is higher than most prospects thanks to his offensive profile: He’s not a toolsy player, but rather a professional hitter who’s progressed through the system about as well as the Red Sox could have hoped.

So, about that ceiling.

“If he can hit like we think he can, and a lot of people think he can, then yeah, there’s definitely All-Star-ceiling upside,” Cundall said. ” … He’s an exciting player either way and he kind of breaks the mold because first base is a tough position (to evaluate prospects). It’s tough to get that kind of grade at first base because there’s so little defensive value added. But he’s one of those guys that because of his combination of on-base, hit and power — defense doesn’t really matter, his calling card’s going to be at the plate. And if he reaches his ceiling, he’s going to be able to get up to that All-Star level, definitely.”

Some have compared Casas’ skill set to that of Freddie Freeman, whom the Red Sox coincidentally were linked to in free agency this offseason before the longtime Atlanta Braves star signed with the Los Angeles Dodgers. That’s obviously a lofty comp, and therefore we must temper expectations, but it provides a good snapshot of Casas’ strengths.

Casas barely edged Marcelo Mayer for the No. 1 spot, per Cundall, who pointed to where each player is in his respective development as the primary reason for that ranking.

“I think proximity is one of the biggest things. (Casas is) someone who I think has the chance to make it up to the big leagues this year, and I think that is valuable,” Cundall said. “Marcelo Mayer, I’ve seen him down here (in Fort Myers) and he’s looked fantastic. I’m blown away. And Nick Yorke, you saw what I wrote about him last year and what I’ve said about him — I’m on the record, I think we were pretty early being in on Nick Yorke after seeing him last year. But both of those guys are a little further away, and I think Casas just has a unique combination of his power ability, his on-base ability, and I think he’s going to hit enough to be a potential impact player at first base.

Fenway forecast
It’s time. Maybe not in April. Maybe not in May. Or even in June. But Casas almost certainly will debut in the majors at some point in 2022, with his production and the performance of Red Sox first baseman Bobby Dalbec likely being the driving factors in when exactly Boston summons its top prospect.

“He’s played nine games in his career at Triple-A. There’s no rush,” Cundall said of Casas’ call-up. “He’ll get some seasoning, and I think the realistic timeline is mid-summer.

“We’ve seen that in the past with their top guys — Andrew Benintendi comes to mind, Rafael Devers, all guys who have been promoted in that July 1st to end of July timeline. And I think that’s probably where we’re looking at.”

Casas, of course, can force the Red Sox’s hand and potentially expedite the process with a strong start to the season, something Boston already might be preparing for by giving Dalbec a look at second base this spring. 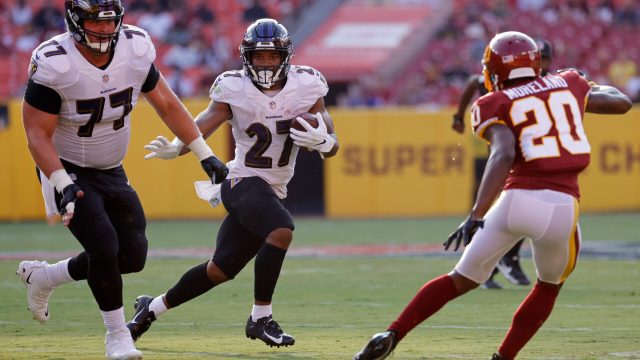 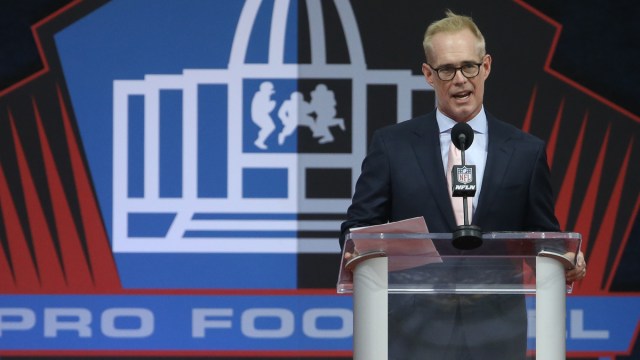