Jayson Tatum now has out-dueled NBA MVP candidate Ja Morant and superstar Kevin Durant in back-to-back games after previously getting the best of Nikola Jokic, Joel Embiid and Trae Young with all five opponents coming in the last 10 games for the Boston Celtics.

In doing so, the 24-year-old Tatum is quickly climbing the ladder of the league’s hierarchy with Sunday’s performance against the healthy Brooklyn Nets the most recent example.

Tatum put it on display for a national broadcast as he scored a season-high 54 points to lead the Celtics to a win over the Nets. In a game where Kyrie Irving and Durant were each on the floor, Tatum was the clear star of the show. He now has helped the fifth-seeded Celtics to 14 wins in their last 16 games and tied Larry Bird for the most 50-point games in franchise history (four).

Tatum, after dropping 37 points against Morant and the Grizzlies on Thursday, explained how his competitive juices took over in what he quickly knew would become a moment he would long remember. Ironically, that performance against Morant wasn’t even his best in a three-day span.

“… Just as a competitor, these are kind of the moments as a kid that you dreamed about and look forward to,” Tatum said after Sunday’s 126-120 victory over the Nets, as seen on NBC Sport Boston’s postgame coverage. “So just when those opportunities come, try and make the most out of it.”

Celtics head coach Ime Udoka had a rather clear message when asked about Tatum.

Tatum went 16-for-30 from the field including 8-for-15 from behind the arc. It was the second most 3-pointers in a game this season for Tatum, who was consistently making the right play despite the fact he had just three assists on the stat sheet.

Irving was asked what the difference was in Sunday’s game and responded quite simply: “Jayson Tatum.”

“You kind of get in that zone, you know, the basket just seem a little bit bigger, and you feel just a little bit better about yourself getting to you spots,” Tatum said. “But ultimately, just try and make the right play, attack the mismatch and then when they over-help, find the open guy.”

The Celtics now are 15-5 this season in games where Tatum scores 30-plus points.

What helped Tatum ascend into the player that is deserving of MVP votes — yes, those chants broke out Sunday at TD Garden — is his overall development from a scorer into a two-way player. It’s been on display throughout much of Boston’s winning stretch as he’s not only grown in the facilitator role, despite what was a bit of a tough adjustment early on, but he’s doing just as much on the opposite end with his effort and buy-in on defense.

“Yeah, that’s what we hang our hat on is defense,” Tatum said. “And this is a collective sport, but we got a lot of guys to take pride in guarding your yard and you got (Brown), myself, (Marcus) Smart, Rob (Williams), Al (Horford). When you see your man to the left and right of you just taking pride, you never want to be the weak link out there. So, you know, we all got a bunch of guys out there that, you know, competing on that end and it’s just contagious. We all just kind of follow suit.”

The Celtics certainly will continue to follow Tatum’s lead should the budding superstar keep up this pace. 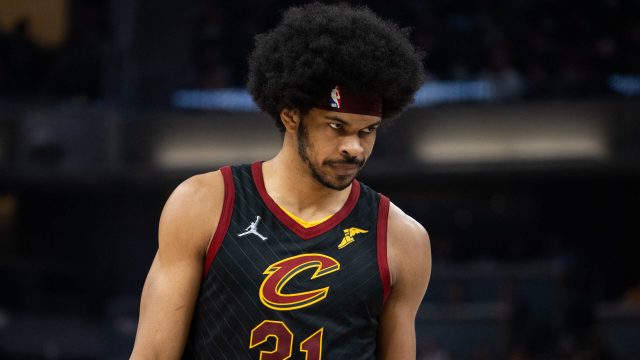 Cavs' Jarrett Allen Did Not Return Sunday vs. Raptors 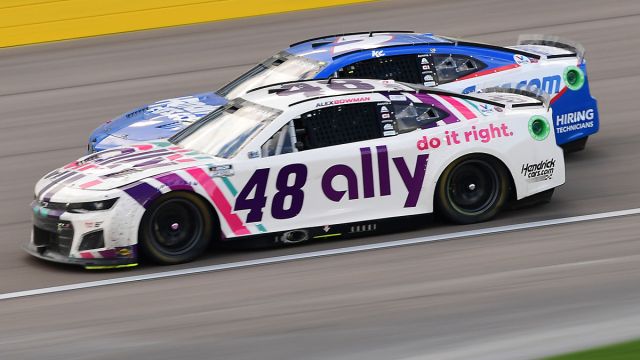