Chaim Bloom indicated upon arriving to spring training that he didn’t feel pressured to make a significant move despite the Red Sox’s chief American League East competitors bulking up in the immediate aftermath of the Major League Baseball lockout.

The Red Sox on Sunday splurged for a high-priced free agent, reportedly agreeing to a six-year, $140 million contract with Trevor Story. It marks the first sizable investment since Bloom took over as Boston’s chief baseball officer in October 2019, and the deal has both short-term and long-term ramifications.

Here are seven thoughts on the head-turning move.

Bloom acknowledged just days ago the Red Sox needed another right-handed bat — they traded Hunter Renfroe (a righty) for Jackie Bradley Jr. (a lefty) earlier this offseason — and Story, the top free agent remaining, brings a whole new dynamic to Boston’s already potent offense. Not only does he offer plenty of pop. The 29-year-old also is an excellent baserunner who stole at least 20 bags in each of the last three full seasons (in addition to an MLB-high 15 during the pandemic-shortened 2020 campaign).

On the surface, Story might seem like an imperfect fit defensively, seeing as the Red Sox already have a franchise shortstop in Xander Bogaerts. But the Red Sox intend to use Story at second base, a position they’ve been trying to solidify since Dustin Pedroia’s final few injury plagued seasons. And that’ll presumably keep Kiké Hernández in center field, where he thrived last season, with Bradley patrolling right field. It actually works out quite well, thanks in large to Story’s openness to change positions and hold down the keystone after playing shortstop for six years with the Colorado Rockies.

There were a few other free agents (Seiya Suzuki, Kris Bryant, etc.) whom the Red Sox easily could have squeezed into their plans, a luxury they’re afforded by Hernández’s versatility. But few, if any, fit as seamlessly as Story when you consider the total package — including track record, age, upside, skill set and cost.

2. The money feels right.
Look, $140 million is no small potatoes. Especially when stacked up against Hernández’s two-year, $14 million contract, the largest deal Bloom had given to a free agent until opening the checkbook for Story. But an average annual value of around $23 million is very reasonable for a two-time All-Star in his prime who can play a premium position and serve as a middle-of-the-order force.

3. The Red Sox now have Xander Bogaerts insurance…
It’s funny. The reason Story doesn’t seem like a logical fit at first glance — the presence of Bogaerts at shortstop — also is why he’s such a perfect fit for the Red Sox.

Bogaerts, who signed a six-year, $120 million contract extension in April 2019, can opt out of his deal next offseason. The Red Sox probably would love to retain Bogaerts, 29, beyond 2022, but they now have a Plan B in case he signs elsewhere in free agency: Story can shift back to shortstop, if necessary.

It’s worth noting, too, that Bogaerts played a role in recruiting Story to Boston. So, it’s fair to assume there won’t be any awkwardness this season. All parties seemingly are onboard with the current arrangement.

4. …and possibly a bridge to Marcelo Mayer?
Let’s say Bogaerts walks after this season, paving the way for Story to return to his natural position. He could do so knowing Mayer, a highly touted shortstop whom the Red Sox selected with the No. 4 overall pick in the 2021 MLB Draft, could arrive on scene in the years ahead.

Mayer is just 19 and early in his development. It’s not like he’s banging on the big league door right now. His arrival might align perfectly with Story’s tenure, though, with the latter potentially shifting back to second base as he gets older. And if Bogaerts sticks around, even better. The Red Sox can be patient with arguably their top prospect.

5. Don’t sweat the home/road splits too much.
There’s always a question of how much a player’s production is boosted by playing home games in Colorado, and Story is no different in that regard, especially since he had rather stark home/road splits during his time with the Rockies. But keep in mind: While Fenway Park isn’t exactly Coors Field, it’s still a hitter-friendly environment. And Story is well-equipped to thrive in his new home.

Our own Mike Cole had a really good breakdown of why Story’s home/road splits with Colorado might be overstated. I suggest you read that below. (And not just because Mike’s an OK guy for the most part.)

What do Larry Walker, Matt Holliday, DJ LeMahieu and Nolan Arenado have in common? They’re all former Rockies stars who enjoyed varying degrees of success after leaving Colorado. It’s not unprecedented for a player to maintain, or even improve, his performance upon departing the Mile High City and the peculiarities that come with consistently playing at such a high altitude.

6. Beware: There could be growing pains.
Story is a great athlete. He’ll probably acclimate himself well at second base, with very few issues. But we shouldn’t completely overlook that he’s only played shortstop at the major league level and that he’ll have just over two weeks to get comfortable with a new position. The truncated spring training — a product of the MLB lockout — is tricky for everyone. But it’s especially precarious for pitchers and players landing with new teams late in the offseason.

7. Stay tuned: This might open the door for more moves.
It’s hard to imagine the Red Sox making another move that trumps Story’s deal in size and scope. As mentioned, he was the best player remaining in a loaded free agency class. No one else on the open market is worthy of a six-figure commitment. But as The Boston Globe’s Alex Speier noted Monday, Story’s reported contract pushes the Red Sox’s projected payroll to approximately $236 million — past the $230 million (first) luxury tax threshold.

This suggests, barring a salary-shedding move, a willingness to exceed that threshold for the first time since 2019. And since the penalty is no different for barely exceeding $230 million and spending up to $270 million, perhaps they’ll be more willing to absorb additional money in the months ahead — whether it’s before Opening Day or leading up to the midseason MLB trade deadline. 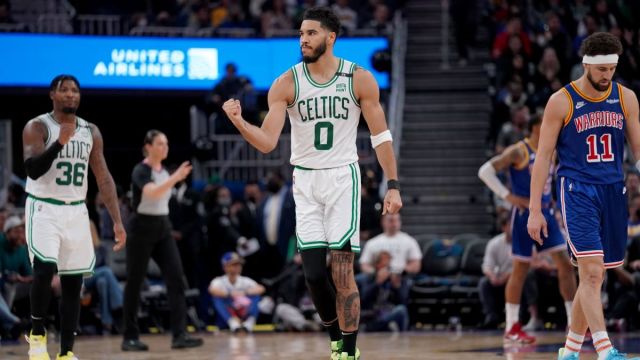 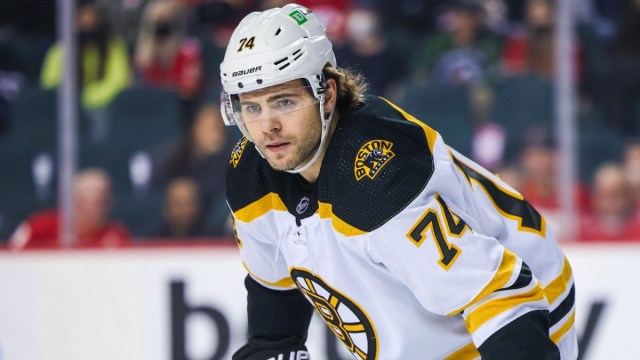