Tuukka Rask retired from the NHL in February, but the legendary goaltender may not have finished his run with the Boston Bruins organization.

Rask, speaking to reporters prior to his ceremonial puck drop at TD Garden on Thursday, said he is working to return to the Bruins organization, though it won’t be on the ice.

(Not (returning) on the hockey side, per se,” Rask said, as seen on NESN’s broadcast of the press conference. “I’m going to be like a corporate sponsorship, whatever you want to call me. I’ll be hanging out with the sponsors, golfing, shaking hands in suites and what not, ambassador-type thing.

“We’re going to figure out a better title for me,” Rask added with a smirk.

Rask acknowledged this may be a short-term role, as he has an interest in further developing an off-ice career.

“I was intrigued about the business side of things,” he said. “I don’t know what the future holds. Maybe I’ll get into coaching, maybe not. But for now, I’ll be hanging out with sponsors.”

The 35-year-old was the Bruins goaltender from 2007 to 2022. He became a free agent following the conclusion of the 2020-21 season but did not sign anywhere while recovering from offseason surgery. He returned to the Bruins briefly this winter but ultimately retired due to complications from surgery. 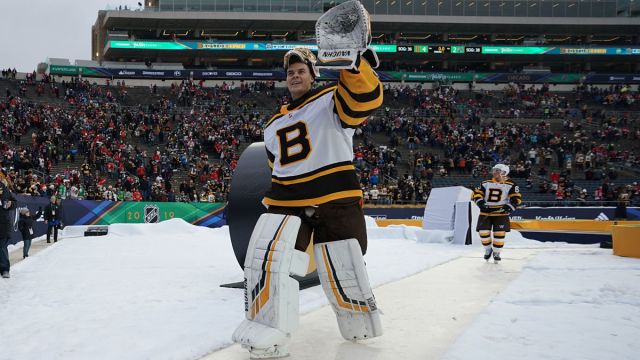 Tuukka Rask Has No Regrets About Decision To Retire From Bruins, NHL