Remember when the Cleveland Browns were eliminated from the Deshaun Watson sweepstakes? So much for that.

In a stunning reversal, the Houston Texans quarterback has chosen to be traded to the Browns, according to multiple reports Friday. Earlier reports had indicated Watson, who has a no-trade clause, was deciding between the Atlanta Falcons and New Orleans Saints.

And the Browns aren’t just trading for Watson. They’re also giving him an enormous new contract: $230 million fully guaranteed over five years, according to reports.

Watson, who did not play this season, landed this deal despite still facing civil suits stemming from 22 allegations of sexual misconduct and potential punishment from the NFL. A grand jury last weekend declined to criminally indict the 26-year-old quarterback.

In return, the rebuilding Texans reportedly will receive a bundle of draft picks that includes three first-rounders.

How does Watson’s stunning reversal impact the New England Patriots? It further bolsters the AFC’s already-loaded roster of top-tier quarterbacks.

Watson is the second Pro Bowl QB to join a conference contender this offseason, following Russell Wilson’s trade to the Denver Broncos. The Browns and Broncos finished 8-9 and 7-10 this past season, respectively. Both have talented rosters, and Watson and Wilson are substantial upgrades over Baker Mayfield and Drew Lock/Teddy Bridgewater. Both should clubs should be better in 2022, perhaps significantly so.

The Patriots went 10-7 and earned one of the AFC’s three wild-card playoff spots in rookie Mac Jones’ first year under center. It’s logical to expect improvement from the promising Jones in Year 2, but his supporting cast currently has major question marks (at wide receiver and especially along the offensive line), he’ll be working with an overhauled coaching staff, and the Patriots’ defense will need to hold up against a challenging parade of opposing signal-callers.

That defense currently has several glaring holes, most notably at cornerback, where they lack both depth and top-end talent after losing Pro Bowl interception artist J.C. Jackson in free agency. The Patriots also are shaky on the edge with no proven commodities outside of Matthew Judon, and more additions are needed at inside linebacker, where they’ve traded for Mack Wilson and re-signed Ja’Whaun Bentley.

The Patriots still have plenty of time to improve their roster and address their various needs before the season begins. But a number of AFC teams have improved dramatically this offseason, with Cleveland now joining that list. New England has considerable work to do if it hopes to keep pace. 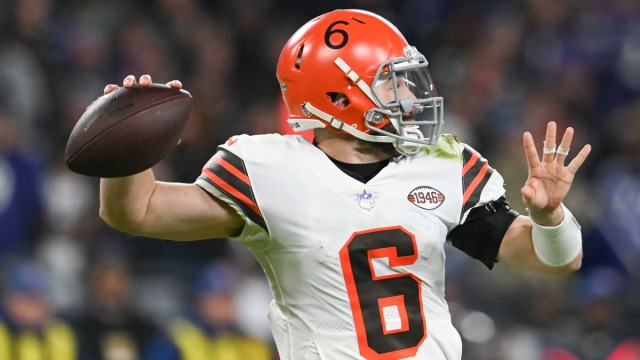 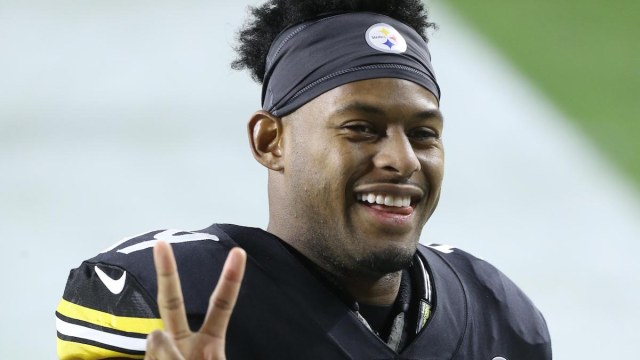